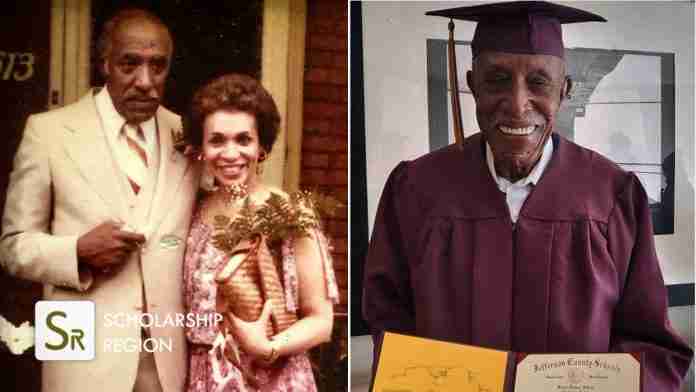 A 101-year-old man named Merrill Pittman Cooper has finally bagged his High School Diploma after abandoning his studies in 1938 due to the civil war and financial crisis he encountered.

Achieving a High School Diploma is a long life dream for Merrill Pittman Cooper as he was enrolled in school between 1934 to 1938 but had to drop out.

According to his story, he was a student at Storer College in Harpers Ferry, West Virginia, United States, a boarding school founded after the Civil War that initially educated formerly enslaved children, between 1934 and 1938.

He however realized that his mother, who worked as a live-in housekeeper, couldn’t afford to make the final tuition payment for his senior year. He encouraged her to move them to Philadelphia, where she had family and was forced to drop out.

“She worked so hard, and it all became so difficult that I just decided it would be best to give up continuing at the school,” Cooper told Washington Post.

Since dropping out in 1938, Cooper took a job at a women’s apparel store in Philadelphia to help pay the bills, then was hired in 1945 as a city trolley car operator.

He accomplished a career in the transportation industry but still regrets not getting his diploma. He narrated his wish to his family who then opted to support him achieve his dream.

At Scholarship Region, we keep track of Scholarship opportunities around the world that can fund your study in the United States and other countries abroad.

Cooper’s family reached out to Cooper’s school, which is now part of the Harpers Ferry National Historical Park, United States, to make his dream a reality.

Finally on the 19th of March 2022, eighty-four (84) years after he dropped out of school, Cooper was honoured with a special ceremony and diploma.

“Jefferson County Schools is committed to helping every student, young or old, fulfil their dreams. For Mr Cooper, that meant receiving a high school diploma. We are honored to help make that dream a reality,” JCS superintendent Bondy Shay Gibson-Learn said.