11-year-old boy wins scholarship to US university, set to graduate as an Engineer at the age of 15 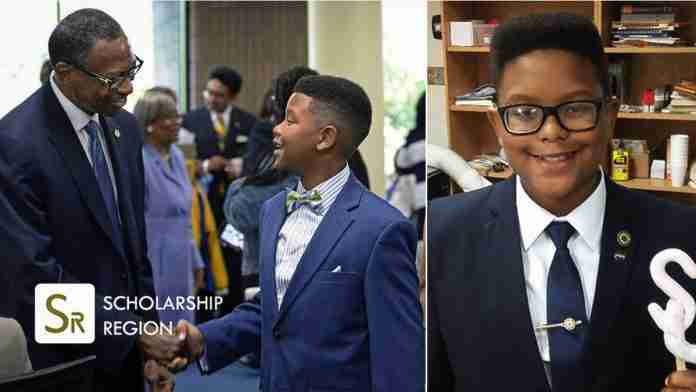 An exceptional 11-year-old boy named Elijah Precciely has been awarded a full-ride scholarship to study at the Southern University, Baton Rouge, Louisiana, United States, making him the youngest-ever student to be enrolled in the institution.

Elijah Precciely who had started taking courses in the university at the age of 8 was awarded a scholarship to enrol in Physics and Chemical Engineering. In the same year which he got a scholarship, the young genius launched a company to help young talents discover themselves.

As a child, Elijah was homeschooled and has always displayed a passion for learning. “Some people think I’m 15. Either I’m a tall 11-year-old or a short 15-year-old,” he said at the time of his initial enrollment as a full-time student at the university.

He narrated that his professors are some of his favourite people to be around. “The professors are willing to educate and sacrifice a great deal to teach us. I have learned from many professors in my fields of study and other professors who have encouraged me as I pass through the building hallways,” he said.

Elijah’s scholarship was created to honour the institution’s first president Joseph S. Clark. “When I reflect on this Joseph S. Clark Presidential Scholars Award it means absolute legacy, nothing but a legacy to me,” Elijah said.

“Those that have paved the way, I want to thank you for paving the way in my education, and I will absolutely pave the way for others to do the impossible. I am elated,” he stated while accepting the scholarship in 2019.

Elija is a published author, hosts his own weekly radio show, and has applied for more than five patents for his inventions. He is expected to graduate with a Bachelor’s degree in Physics and Chemical Engineering next year (2023).

The Precciely family says the attention Elijah has garnered has shined a light on both his genius and on the university. “You’ll have many Black and brown children to see someone who looks like them and does not have to cater to other institutions that are traditionally known for geniuses,” said his father, Pastor Steven Precciely.

Although Elijah has already broken records and will likely break more, he says that is not where he is focused.

“Well, I don’t look for just breaking records, I look for changing lives. And in that, I will break records,” he explained. “My first priority is to be a shining light to help others, and the second priority is to make sure that I help people like me and people who want to connect with me.”