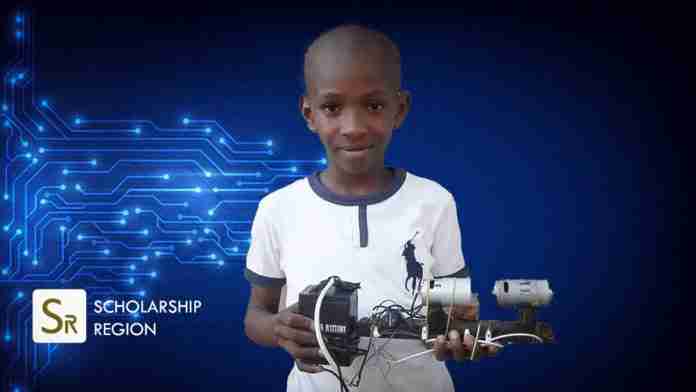 Muhammad who hailed from Bornu State, Northern Nigeria was reported to be a first-year student in High school. Being a very inquisitive and brilliant young boy, he decided to fabricate the mini-generator to pursue his dream of becoming an Electrical Engineer.

His invention was able to power light bulbs and could be expanded. According to Bashir’s mother, Mallama Yakaka Kaumi, her son started displaying his creative talent in electronic and mechanical fabrications, right from the tender age of five.

“His life has so far been about inventing and repairing electronic appliances,” she told PRNigeria.

She added that her son wakes up every day and tells her that he wants to be a renowned electrical engineer, that will be known across the world.

“He is passionate about setting up a big electrical engineering firm, and then use it to solve the country’s power crisis,” Muhammad’s mother said.

At Scholarship Region, we keep track of Scholarship opportunities around the world that can fund your study abroad and make you achieve your dream.

Muhammad’s mother sought the assistance of governments and other financiers to help her son achieve his dream as they currently cannot afford to give him the education he deserves.

Muhammad while speaking about his invention said his dream is to be an electrical engineer who will help tackle the power problem, the country has been battling for years.

“Since Maiduguri (his hometown in Nigeria) has been having electricity problems for over two years now, and my father cannot afford to install a solar, I decided to manufacture this my generator that does not use petrol, and can power light bulbs,” he said.