12-year-old boy gains admission to US university, graduates as an Engineer at the age of 16 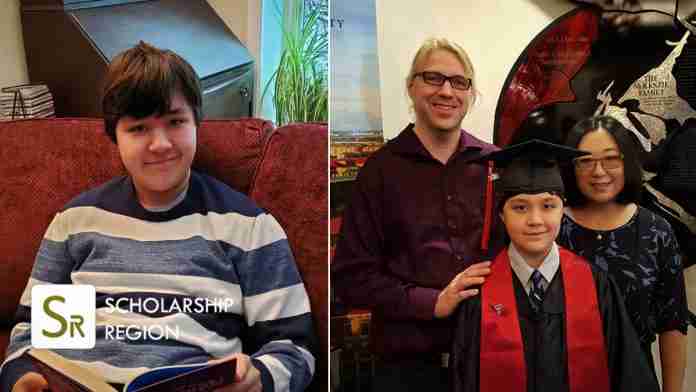 An exceptional 12-year-old boy named Jeremy Shuler has gained admission to study Applied Physics and Engineering at Cornell University, New York, United States, making him the youngest ever student admitted into the university.

Jeremy Shuler’s parents are both Aerospace Engineers and discovered their son’s intellectual after he was able to read fluently by the age of 2. By the time Jeremy was 11 years old, he taught himself chemistry and earned an online high school diploma.

Although Jeremy was homeschooled throughout his young age, he was able to gain admission to Cornell University in New York at the age of 12. Due to his young age, Jeremy and his mother, Harrey Shuler, narrated that they faced difficulties in obtaining research opportunities.

“It was challenging trying to find professors to do research with because of his age … there were child labor laws Jeremy was subject to and also liability issues especially in lab settings,” Harrey said

“He was lucky to find a professor who let him do research that mostly requires computer simulation work, which doesn’t involve lab work,” she added.

Jeremy started his higher academic journey at Cornell University knowing he was interested in Science Technology Engineering and Mathematics (STEM) and decided to pursue physics during his sophomore year.

“When I started college, I was not 100 per cent sure what field I would pursue for my future. I had always loved math, especially number theory since I was five, and I liked the physics that my mom taught me. By the time when I became a sophomore, I decided I would study physics,” Jeremy said.

At the age of 16, Jeremy graduated with a Bachelor’s degree in applied and engineering physics major. Months before his graduation, Jeremy was accepted into a PhD program in theoretical particle physics at the University of Maryland, College Park, United States.

His acceptance was a major accomplishment for the 16-year-old applied and engineering physics graduate because PhD admissions are very competitive. He is set to become a Doctor of Philosophy at the age of 21.