12-year-old exceptional girl gains admission to Arizona State university, set to graduate as an Engineer at the age of 16 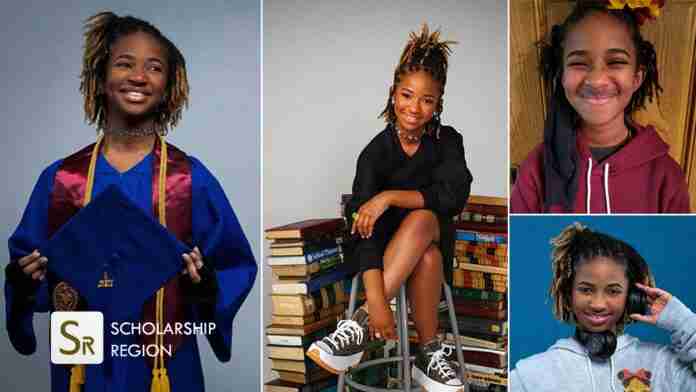 Alena was still a high school student when she gained admission to the University due to her exceptional brilliance and dream to become a space Engineer in future. Alen will be focusing her study at Arizona State University on astronomical and planetary science and chemistry to pursue her dream.

“I always dreamed of being an engineer because throughout my life I liked the building,” Alena told “Gold Morning America” about her goal to work at NASA – The National Aeronautics and Space Administration.

Originally, she said, she wanted to be an astronomer, but then she decided to switch over to engineering because of her love of building things. “I would love to build a rover to go to space,” Alena said.

Alena started pursuing her dream at a very young age. Since she was 4-years old she was always building NASA-sized Legos.

“She would always say ‘Mommy, I’m going to work for NASA. Then she would start saying, ‘I’m going to be the youngest Black girl to ever work for NASA,” Daphne McQuarter (her mother) recounted.

At Scholarship Region, we keep track of Scholarship opportunities around the world to inform and remind you so that you can pursue your educational dream abroad.

Alena who is an exceptional builder was said to have built the Taj Mahal, the Disney castle, the Millennium Falcon, the Apollo 11 rover and a NASA rocket.

After finishing high school through homeschool classes, she began pursuing that dream and will be starting classes at ASU this summer.

“I’ll be driving in one of those future space mobiles by the time that I graduate college,” Alena said, adding that she wants to build rovers that could be sent to other planets as well.

Alena also noticed the racial and gender disparities in the science, technology, engineering and mathematics (STEM) fields and decided to do something about it. She is expected to finish college at the age of 16.