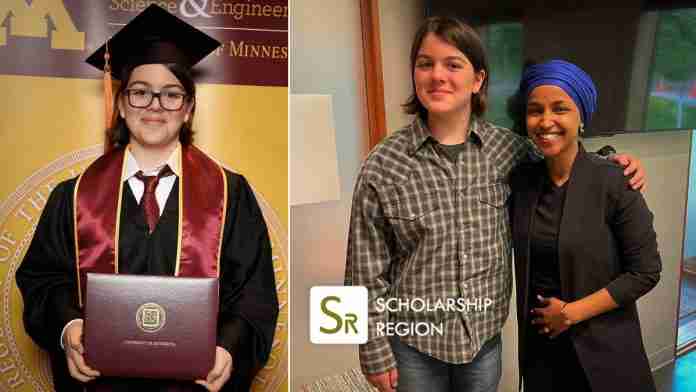 An exceptional 13-year-old genius named Elliott Tanner has graduated with a Bachelor’s degree in Physics with a minor in mathematics from the University of Minnesota, Minnesota, United States.

The child science prodigy achieved the feat at a record age, just three years behind the world’s youngest Bachelor’s degree holder, Michael Kearney, who graduated at the age of 10. “I feel ecstatic. It is a truly surreal experience,” Elliot told Life Science.

Elliot who joined the University of Minnesota at the age of 11 had completed most of his college work when he was 9 years old. His parents first realized their son was gifted before he started school; he displayed remarkable language and math skills from the age of 3.

When he was 5, Elliott enrolled in his local kindergarten but was quickly taken out of school when it became clear that a traditional education experience would not be a good fit for him. “He was talking about particle accelerators when he was 5 years old when other kids were pretending to be Superman on the playground,” Michelle Tanner, Elliott’s mom said.

Elliot was thereafter homeschooled by his parents. His mother narrated that he learned and consumed information quicker than they could handle. By the age of 9, they could not keep up with the rate of his progress.

So they enrolled him at his local community college. “As parents, we were terrified. But he excelled, and the school administration and other students took him under their wings,” Tanner said.

It was the community college that forged his passion for physics. Elliot said he had always wanted to be a mathematician but when he was introduced to physics, he became really intrigued and inspired to learn more about the secrets of the world.

Elliott transferred to the University of Minnesota at the age of 11 to start studying physics and math. Although his college experience is a little different from that of his classmates being a lot younger than many of his colleagues, Elliott still hangs out with his peers in the student lounge, discussing homework, debating physics topics or watching movies.

After two years of study at the University, Elliot graduated with a Bachelor’s degree in Physics and Mathematics. He was thereafter accepted into the University of Minnesota’s physics doctoral program and is due to start his doctorate in the next academic year.

The young genius says he wishes to be a professor at the University of Minnesota, United States and become an expert in high-energy theoretical physics. “I can’t wait to get started,” he said.

Following his incredible feat, Elliot was awarded a congressional record by the Minnesota Representative, Ilhan Omar. Sharing pictures of the recognition on his Instagram, Elliot said his family celebrates this honour.

“While our family celebrates this honor, our hearts go out to the families and community at Robb Elementary in Texas. Our hearts are broken,” he said.