14-year-old boy wins scholarship to study at 14 US universities, set to become a computer scientist 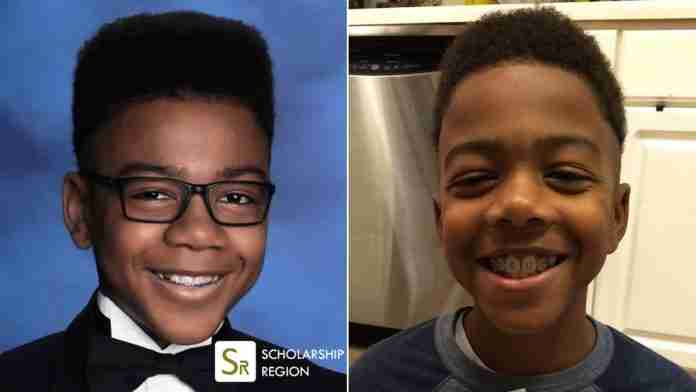 An exceptional 14-year-old boy named Curtis Lawrence III has set a record at George Washington University, United States after emerging as the youngest ever admitted student of the institution.

Curtis Lawrence III who set to earn a degree in biology and computer science started out as an extraordinary student. At the age of 10, he was already taking the SATs examination.

Following his graduation from High School, Curtis gained admission into 14 universities including several Ivy Leagues and was awarded a scholarship of more than $1.6million.

He took early college classes through a special program at George Washington University when he was just 14 years old and by at the age of 16, he joined the university system fully.

He explained that after getting scholarship and admission offers from 14 universities, he decided to choose George Washington University because he wanted to feel the HBCU experience.

“Then I started looking specifically at HBCUs because I wanted the HBCU experience and to be surrounded by the people who are just like me and who are not only Black but academically talented,” he said.

He thanked and acknowledged his mother’s effort to help him succeed. “I never really thought I was advanced until I got here to D.C. My mom just always pushed education, pushed advanced academics and especially being at the elementary school in Harlem, I was surrounded by other people who were advanced, so it just felt like the norm for me,” he narrated.

Speaking on his experience in the university, he narrated that his professor once asked him what he was doing in class. “In my university writing class, my professor asked me if I was a visitor or if I was someone’s younger brother.” he said.

“Most of the people that I sit at tables with. They ask me how old am I and how am I here — so I tell them everything,” he added.