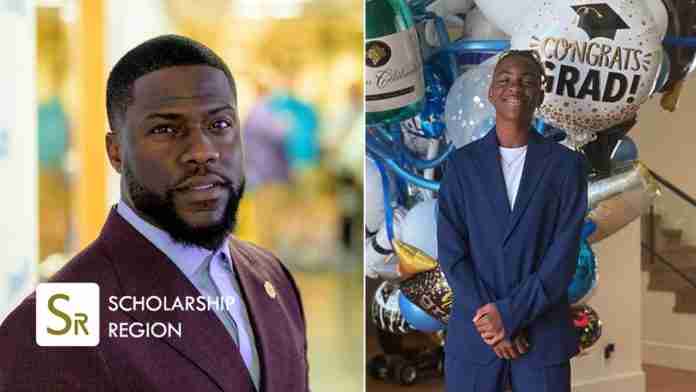 Hendrix – a 14-year-old son of popular American comedian and actor, Kevin Hart, has graduated from high school in the United States.

Kevin Hart celebrated the achievement of his first son, Hendrix on Instagram, referring to him as the coolest kid. “The flyest/coolest kid that I know….I’m so proud of you son. Congrats on conquering this stage of life,” Kevin Hart said.

“So many stages left to go …at this rate and pace u are poised and positioned to conquer them all. Love you champ…u make ur father proud daily,” he added.

Hendrix clocked 15 earlier in November and his father, Kevin Hart took the moment to celebrate him again, expressing how proud he is to have him as a son. Sharing a throwback of Hendrix while he was a kid, Kevin referred to his son as “My guy for life”.

Bryce received the scholarship after an incredible run in his basketball career. His father, Lebron, described him as ‘the best shooter’ in their household and is proud of his achievement.

Announcing that he received a scholarship award at Duquesne University, Bryce said he is blessed to be found worthy of the scholarship award. “Blessed to receive my first d1 offer from Duquesne #godukes,” he wrote alongside the college’s logo.

Although Bryce is currently a rising second-year student at Sierra Canyon School in Chatsworth, California, his scholarship award with Duquesne University now grants him the opportunity to play basketball with the university team. Click HERE to read more about Bryce James.