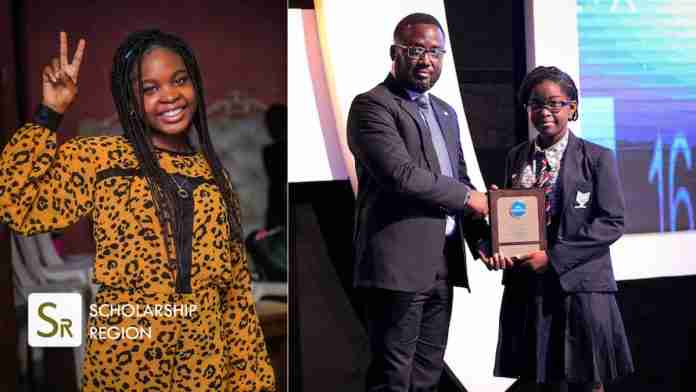 A 15-year-old Nigerian genius who goes by the name Faith Odunsi has beaten contestants from all over the world to emerge the Global Champion in Mathematics.

Faith Odunsi who represented Nigeria in the Global Open Mathematics Tournament dominated countries including the United States, United Kingdom, China and more throughout the stages of the competition.

She was popularly known for solving 19 mathematical questions at a record time of 60 seconds, a feat that marvelled the entire world present at the occasion. “It makes me happy and honoured,” Faith spoke about her win with Punch.

Faith is in her final class at the Ota State Ambassador School, South-West, Nigeria. She had emerged the best Mathematics student in Nigeria before proceeding to represent the country at the global stage.

Faith explained that some stages of the competition were tough as she was just getting used to the system. She said; “I think the first was the toughest, there was a computer-based test and we had to answer many questions in one hour. My score in the test was 66.

“The second stage took the same format and I also scored 66. The quarter and semi-finals were on Microsoft themes. We were asked questions and we put in our answers; the first to put in the correct answers got 10 points,” she added.

Speaking about how she prepared, Faith said she made sure the competition did not affect her academic activities. So, it was after the school period that she had another class with her teacher who coached her for the contest. She also said she studied at night from 11 pm to 12 am.

At the Global Open Mathematics Tournament, she aced all the questions and beat students from United States, the United Kingdom, Europe, China and more to win the $USD 1,000 award.

In another story, a 14-year-old kid from South Africa, Sibahle Zwane has been awarded a fully sponsored scholarship opportunity after a video of him solving some tough mathematical multiplications offhand went viral.

Sibahle Zwane was first recognised for his strong mathematical prowess when he was 10 years old. He was filmed answering complex maths questions by a local policeman in South Africa. Read more about the young genius HERE.