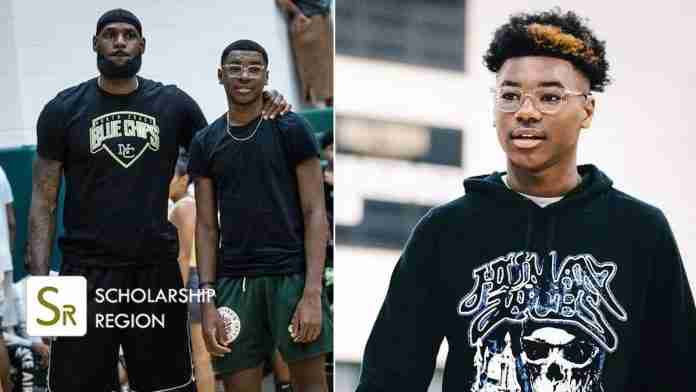 Bryce who is the son of the National Basketball Association (NBA) superstar Lebron James received the scholarship after an incredible run in his basketball career. His father, Lebron, described him as ‘the best shooter’ in their household and is proud of his achievement.

Announcing that he received a scholarship award at Duquesne University, Bryce said he is blessed to be found worthy of the scholarship award. “Blessed to receive my first d1 offer from Duquesne #godukes,” he wrote alongside the college’s logo.

Although Bryce is currently a rising second-year student at Sierra Canyon School in Chatsworth, California, his scholarship award with Duquesne University now grants him the opportunity to play basketball with the university team.

His father, Lebron, has a close relationship with Duquesne University as the current team’s head coach Keith Dambrot previously coached LeBron when he was a student at St. Vincent-St. Mary High School in Akron, Ohio.

“Simply no better feeling than doing what I love to do with who I love! Great work today Young’s #JamesGang #EarnedNotGiven,” LeBron captioned a video of himself playing basketball with his sons.

Lebron James is also looking up to playing professional basketball with his sons before he retires. “My last year will be played with my son. Wherever Bronny is at, that’s where I’ll be. I would do whatever it takes to play with my son for one year. It’s not about the money at that point,” he told The Athletic.