17-year-old exceptional boy wins over $1.5m scholarship to study in any US university 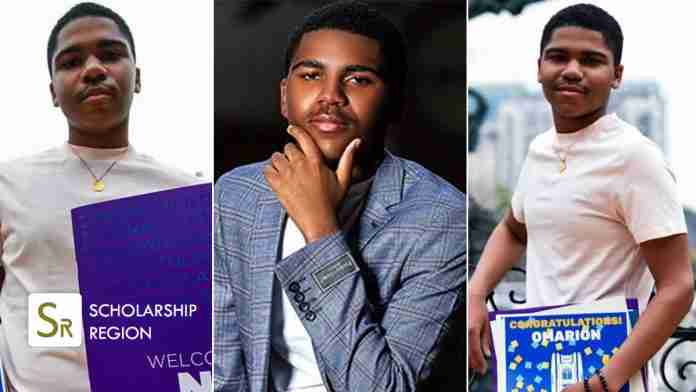 A brilliant 17-year-old boy named Omarion Ikaika Calloway has been awarded up to $1.5m worth of scholarships to enrol for his Bachelor’s Degree in any of the 21 universities he has been accepted.

Omarion who graduated from the Park Crossing High School in Montgomery, Alabama, United States was accepted into 21 universities in the United States after an outstanding performance in High School.

Some of the schools that accepted him include; New York University, Howard University in Washington DC, and Hampton University in Virginia. “I’m a happy and grateful mother, and I am immensely proud of him,” Tiffany, Omarion’s mother said.

Omarion had a tough upbringing, at the age of 10, he became a caregiver for his grandmother and disabled autistic uncle. While his mother worked two jobs, he seized the reins of leadership and cared for them until she would arrive home. He was responsible for a variety of tasks including meal preparation, medicine administration, and ensuring that his uncle received his daily insulin injections to manage his diabetes.

Omarion has always dreamt of studying at New York University, New York, United States and was inspired by his grandmother who later died.

“As his mother, I remain so proud of him that tears well up in my eyes just thinking about him being accepted into his dream school. All a mother wants is for her child to have the best life possible,” Omarion’s mother said.