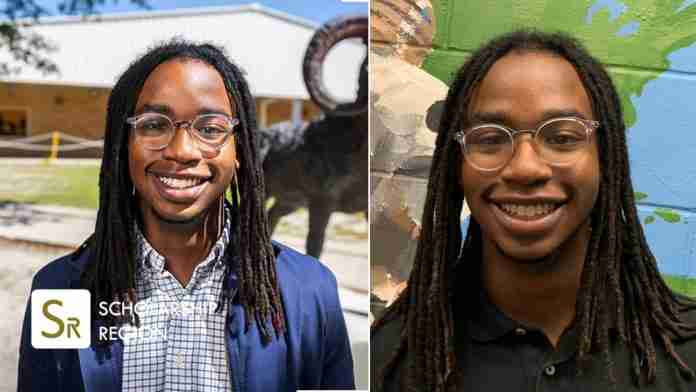 An exceptional 18-year-old boy from Panama City, Florida, United States, Jonathan Walker, has gained admission into 27 different universities in the US after graduating from high school with a 4.85 GPA.

Jonathan Walker also won an accumulated scholarship award of $4 million dollars in universities including MIT, Harvard, the University of Pennsylvania, and Johns Hopkins.

“It’s so crazy to think about that I applied to all these colleges and I got in. That’s such a rare thing to occur, but the fact that it did happen, I’m so excited about it,” Jonathan Walker said.

The 18-year-old who attended Rutherford High School in Florida hopes to inspire other Black teens to follow their dreams of becoming inventors too as he is set to earn a Bachelor’s degree in Engineering. Speaking with GMA, he explained that he got curious about science after his parent bought him a chemistry set.

“I found a way to channel that curiosity into Science and that soon blossomed into Engineering,” he explained.

Jonathan Walker is yet to make a decision on which of the 27 universities he will enrol in. He faces the difficult choice of deciding to attend Yale, Stanford, or the University of Pennsylvania, among other Ivy Leagues.

“So, I’ve just really been trying to let it soak in just how much of a blessing it is that I got into all of these colleges. So just like sitting back smelling the roses,” he said.

Jonathan Walker hopes to use Engineering to help people. During his application process, Walker was also busy working on a patent for an invention of a Braille system he and his former classmate, Alex Johnson, developed.