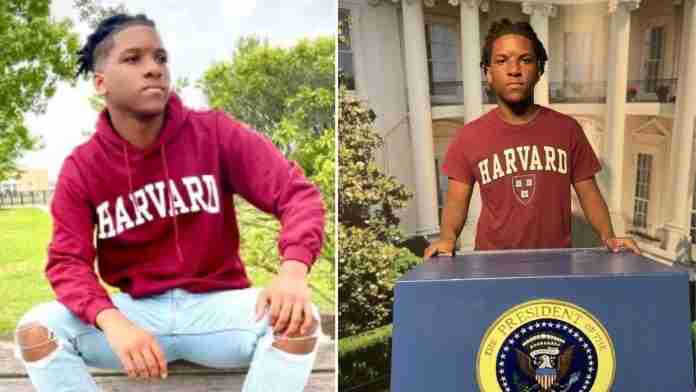 An exceptional  18-year boy has made history as the first Black male valedictorian at Westfield High School in Houston, Texas set to further at Harvard university united state.

The young black American hopes to inspire other young Black men to strive and never give up in achieving their goal.

“My story specifically can help other young Black men to know that just because society may say one thing about you, or there may be a stigma or stereotype that surrounds being a Black man, doesn’t necessarily mean you’re confined to that,” Tatum told Fox 26 News.

“I have an award named after me in SpringISD titled the Tatum Award for Young Authors, and after being accepted to 7 Ivy Leagues and Stanford, Rice, UCLA, and UC Berkeley, I have the privilege of attending Harvard in the fall. But it wasn’t easy” He added

Tatum has been awarded more than $700,000 in scholarships and accepted in several universities including Ivy League schools.

Tatum wrote a book, Thriving In My Own Lane, tell his story. He began writing the book while he was in eighth grade, with the goal of demonstrating how he persevered despite the opinions of others.

He decided to study Biomedical Engineering and Government at Harvard University. He want to contribute to engineering, medicine, and social justice developments in the future.