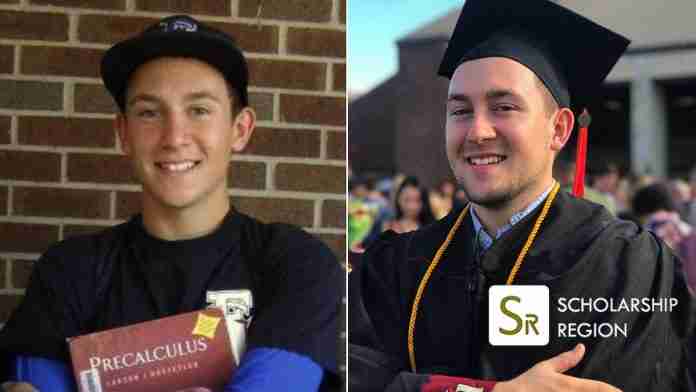 An 18-year-old homeless boy named Griffin Furlong has beaten his colleagues at First Coast High in Jacksonville, Florida to emerge as the school’s best graduating student despite facing challenges during his academic study.

Griffin Furlong who lost his mother to cancer spent part of his childhood homeless. He spent most of his life spent bouncing around between relatives’ homes and shelters in Florida, United States. After many years of instability, Griffin Furlong became highly successful in his academics.

He graduated with a 4.65-grade point average and this performance caught the attention of many in California who started raising funds for him to attend college. “People from California contacting me, people from Hawaii, it’s really been crazy,” said Furlong of his new-found fame.

In few days, more than $30,000 was raised for him to attend university for his degree. He says he feels humbled by the overwhelming support he has received from classmates and strangers alike but his focus is now on the future.

He enrolled to study Civil Engineering at the Florida State University in Tallahassee, United States and after 4 years of his enrollment, he earned a Bachelor of Applied Science (B.A.Sc.) in Civil Engineering.

Griffin narrated that his love for algebra, calculus, and problem-solving in high school led him to become an engineer. He now works as a full-time civil engineer at Atwell LLC.

“A couple of his main goals are to travel to schools to inspire students and fund a scholarship endowment from a portion of his book proceeds to help other homeless students,” a brief about his mission on his website read.