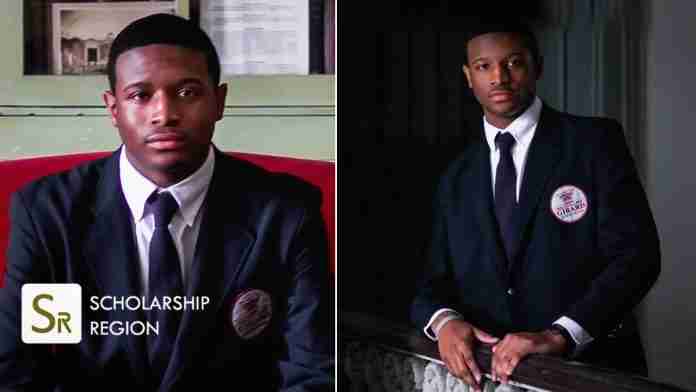 A homeless 18-year-old boy from the United States named Richard Jenkins has beaten all of his high school colleagues to clinch the best student award in the school.

Richard Jenkins spent most of his childhood living in homeless shelters with his family. They lost their home due to foreclosure and ended up being homeless for years, suffering from poverty and a series of tough medical ailments.

Their situation served as a boost for Richard who set out to ensure he rescues his family from being homeless and also build a better future for his unborn children. In the sixth grade, one time I was walking from school with my friend, and he was asking me where I lived,” he recalled.

“The shelter looked like a big house — it could have been a mansion. So I told him, ‘Yeah, that’s my house right there,’ because I was so embarrassed to say I lived in a shelter. That’s when I realized I’ve got to buckle in, because I can’t have my potential kids going through what I’m going through now,” he told WHYY.

Richard Jenkins got the support of a non-profit after-school program called Mighty Writers that he attended mid-school. The program helped him with his writing skills, allowing him to apply to competitive and selective high schools to further his education.

He struggled hard and finally got accepted at Girard College in Pennsylvania, United States, a full-scholarship boarding high school for students from single-parent families with limited financial resources.

Throughout his academic studies at Girad College, Richard Jenkins spared no course as he cleared them all with straight-A’s to secure a 100% high school record and emerge the best graduating student in his class.

Studying in the United States opens you to a lot of opportunities. At Scholarship Region, we keep track of Scholarship opportunities around the world to inform and remind you whenever they are available.

After securing a 100% High School record, Richard applied to several schools, including three in the Ivy League. He was waitlisted at the University of Pennsylvania, rejected by Yale University and was finally accepted by Harvard University on a full-ride scholarship to study Computer Science.

Harvard pays 100 percent of tuition for students from households earning less than $65,000 a year and Richard Jenkins, being from a homeless family gets the benefits.

When he read the good news, Jenkins says he threw his phone in disbelief. He plans to use the knowledge of Computers to invent a “more intuitive Siri.”

Looking back on his experience, Jenkins says he wishes he had been less hard on himself, and also thinks that schools could better support students going through situations like his by offering a more open line of dialogue between kids and teachers.

“My drive comes from just wanting to see myself and my family be in a better situation and I do think drive is important for everybody, but what’s more important is that once you find what it is that you want, you have to keep working for it,” Jenkins tells CNBC.

In 2022, Richard Jenkins graduated from Harvard University in Cambridge, Massachusetts, United States with a Bachelor’s degree in Computer Science.