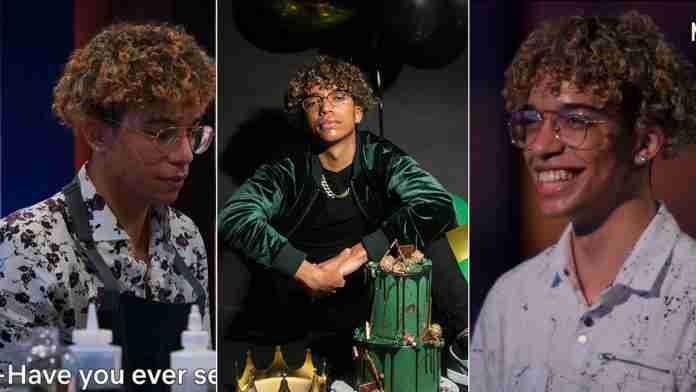 An exceptional 19-year-old entrepreneur has narrated how he abandoned the idea of enrolling for a degree in a United States university to become a scholar and expert in the art of cake making.

The young American cake expert known as Justin Ellen narrated his academic and entrepreneurship story while speaking with CNBC. He said contrary to the usual process of enrolling for a Bachelor’s Degree upon the completion of High School, he decided to choose another path to achieve his own dream to impact the world.

Justin Ellen finished his high school at the age of 17 and found himself at crossroad either to enroll for the university degree or follow his passion for baking full-time. He had already started baking cakes while in high school, making at least $5,000 a month.

He narrated that he was under intense pressure from peers who had enrolled for university but he stood his ground to follow a different path of becoming a scholar. In his words, he said; “everyone has their own path”.

Justin’s devotion and dedication to baking made him a full-time entrepreneur and owner of cake business known as Everything Just Baked, which now earns more than $100,000 a year.

His colleagues who enrolled for their Bachelor’s Degree are as well making grounds in their respective universities with many of them winning scholarship awards and grants to carry out extraordinary scientific research.

Scholarship opportunities gives students the ability to access funding that will make their learning free of charge and as well grant them the ability to carry out effective research.

Justin Ellen’s story showed the world that the path to success relies on strong determination and education. Although he did not enroll for a University Degree in the United States, he has however relied a lot on social media for his business and has studied specifically the use of Instagram.

Speaking about how he was able to achieve success in his business, he explained that he relied a lot on social media. He currently has about 60,000 followers on Instagram alone.

“In the beginning, my social media wasn’t great … not great photos, they were very blurry. But as I kept on progressing, I realized they have to be super clean,” he explained.