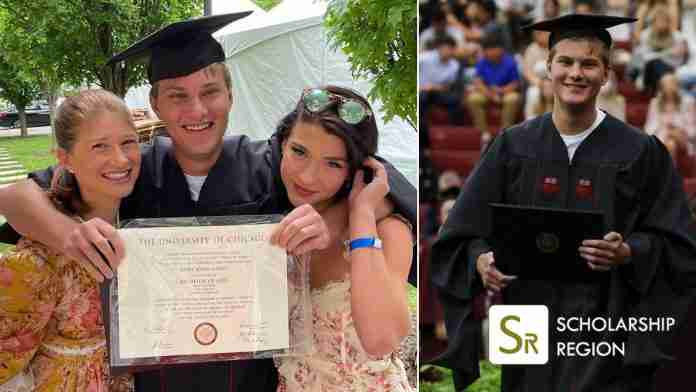 Rory Gates, the 23-year-old son of Bill Gates has graduated from the University of Chicago with a double major and Masters degree in Creative Writing.

Rory Gates who is the only son and second of three children of Bill and Melinda French Gates was previously reported by many to have earned a MBA in Computer Science and Economics from Duke University.

However, his elder sister Jennifer Gates, shared the success of her brother, Rory, stating that he earned a double major and Master’s degree in 4 years. Rory’s majors included Law courses. “Celebrating Rory’s graduation from the University of Chicago this weekend,” Jennifer wrote in June 2022.

The three siblings who were excited to have seen Rory graduate from the University of Chicago posed in an image with Rory holding his certificate which displayed Rory’s Bachelor of Arts degree. “So proud of you,” Jennifer added.

Rory’s mom, Melinda French Gates has described her son as an intelligent person.

“He’s intelligent and well-read and deeply informed about the wide range of issues that interest him. He’s a great son and a great brother. He’s inherited his parents’ obsessive love of puzzles. But one of the things that makes me proudest is that Rory is a feminist,” Melinda French Gates commented about her son.

Rory’s younger sister, Phoebe, 20, is currently enrolled at Stanford University and is expected to graduate in 2025.