24-year-old man who worked as a waste collector to fund his education graduates from US university, set to become Doctor of Law 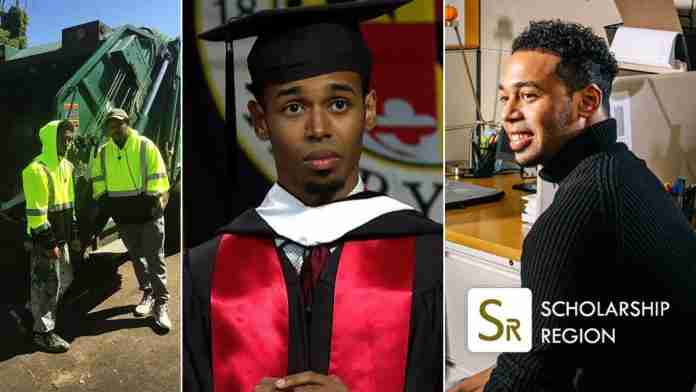 An exceptional 24-year-old man named Rehan Staton has finally bagged a Doctor of Law degree from the prestigious Harvard Law School in the United States.

Rehan Staton in his early academic journey faced challenges to generate funding for his education. Before gaining admission into Harvard Law School, he worked as a waste collector to fund his Bachelor of Arts degree program at the University of Maryland in College Park, Maryland, United States.

Speaking on how he struggled to secure funds for his education, Rehan Staton narrated that he spent years waking up in the early morning hours to collect trash before attending class at the University of Maryland.

He recalled that the job left him no time to shower and that he often sat in the back of his lecture halls to steer clear of classmates. He also narrated that his father and brother sacrificed a lot for him to achieve success in his academic journey.

“My mom abandoned my dad, my brother and I when she moved back to Sri Lanka. I was probably too young to notice some of the things that happened, but I know it was bad,” Staton told the newspaper.

“Things just kept falling on us. My dad lost his job at one point and had to start working three jobs in order to provide for us. It got to the point where I barely got to see my father, and a lot of my childhood was very lonely.” Staton narrated further.

Staton however struggled hard and had to sign up as a sanitation worker after getting lots of rejections from colleges in the United States. He later got recommended by a professor at Bowie State University and later transferred to the University of Maryland where he earned a Bachelor’s degree in History.

He however decided to enrol at Harvard Law School for his Doctor of Law (JD) Certification. A fundraiser which generated over $46,000 was secured for Rehan Staton and according to his LinkedIn profile, he is set to graduate as a Doctor of Law in June 2023.

“When I look back at my experiences, I like to think that I made the best of the worst situation. Each tragedy I faced forced me out of my comfort zone, but I was fortunate enough to have a support system to help me thrive in those predicaments,” Staton told CNN.