26-year-old American actress, Zendaya becomes the best black actress in the US after winning her 2nd Emmy Award 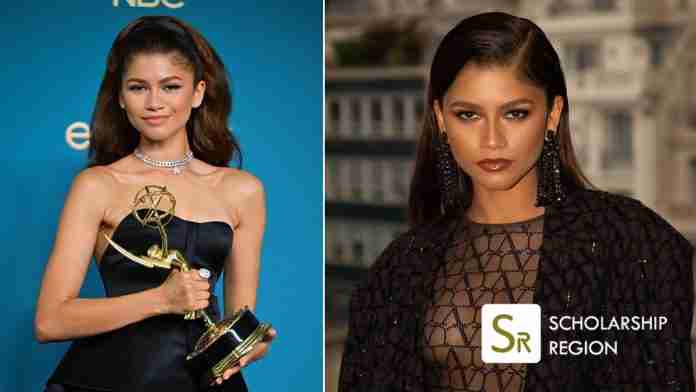 Zendaya who received her first Emmy Award in 2020 was reawarded with the Emmy for Outstanding Lead Actress in a Drama Series making her the first-ever Black actor to win the award more than once.

Zendaya who started her career in 2009 as a singer and actress at the age of 13 has starred in various series including Euphoria, the movie which earned several Emmys nominations. She was nominated for Lead Actress in a Drama for the second time in 2022.

She also emerged as the youngest person ever to get nominated for the executive producer for the Outstanding Drama Series Award. “My greatest wish for Euphoria was that it could help heal people, and I just want to say thank you for everyone who has shared their story with me,” Zendaya said.

Zendaya who was born to an American mother and an African-American father has made a name for herself, inspiring lots of her generation and beyond. Aside from her nominations for Euphoria, she was nominated for Outstanding Original Music and Lyrics for the for her lyrical contributions to the show’s soundtrack

In another story, American music star, Rihanna became the United States’ youngest self-made billionaire after her net worth hits an outstanding $1.4billion.

Robyn Rihanna Fenty who clocked 34 in February amassed her fortune from her own music and entrepreneurial ventures. For the third consecutive time, Rihanna who heads her company – Fenty Beauty as CEO graced Forbes’ annual list of America’s richest self-made women.

She ranked 21st overall and is the list’s only billionaire under the age of 40. Some of Rihanna’s $1.4 billion net worth is from her successful music career. Most of it is from her three retail companies: Fenty Beauty, Fenty Skin and Savage X Fenty. Read more about her outstanding achievement HERE.