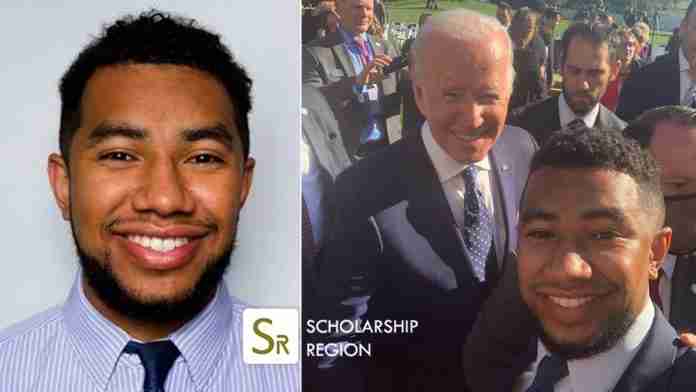 An exceptional Elementary school teacher in the United States named Alex Diasgranados has been awarded more than $50,000 and a scholarship to further his education after being named National University 2021 Teacher of the Year.

Alex Diasgrandos who teaches grade 4 and grade 5 students at Aiton Elementary School in Washington, DC, won the $10,000 Sanford Teacher Award. A few months after winning the Sanford Teacher Award, he was named DC’s 2021 Teacher of the Year, with a cash prize of $7,500.

Alex Diasgranados, known as Mr Dias in the classroom appeared on a National TV show where another unique announcement was made that he has selected as the National University 2021 Teacher of the Year and was awarded a sum of $50,000.

Alex Diasgranados was also named as one of the four finalists for National Teacher of the Year, an award which accorded recognition by the President of the United States at the White House.

Studying in the United States allows you to achieve excellence and get the recognition you truly deserve. At Scholarship Region, we keep track of Scholarship opportunities around the world that can fund your education so as to inform and remind you whenever they are available.

In addition to the awards and recognitions, Alex Diasgranados was also granted a scholarship award for a Master’s Degree Program in Social and Emotional Learning from National University or a doctoral degree in Education from all universities in the National University system.

“It has not sunk in at all. I mean, I have never even seen a number that big. It’s incredible!” he said.

He narrated that he was inspired to teach in America after seeing a statistic that fewer than 2 per cent of teachers were Black men. He expresses his delightfulness to be a part of the success story of black children in the country who has big dreams.

“I know my students are brilliant. I know they come to school every day after the trauma they experience and they come in day after day motivated to learn and get their education. They have big dreams,” he said.