32-year-old housemaid wins scholarship after 12 years of caring for others, bags university degree 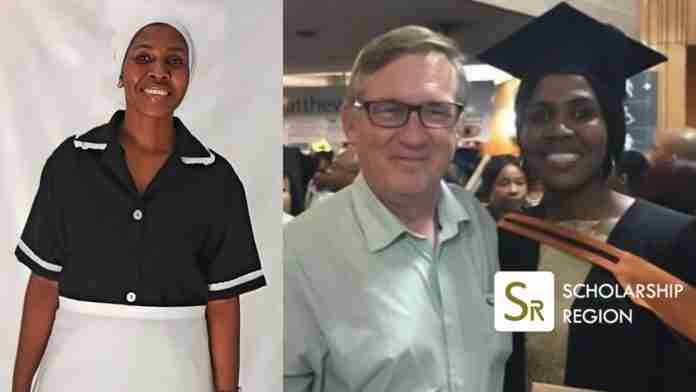 A 32-year-old woman named Ntombizodwa Merriam Mahlangu who worked as a housemaid has won sponsorship from her employer and has graduated from the University of South Africa.

Ntombizodwa Merriam Mahlangu earned an outstanding Bachelor of Arts (BA) degree in Public Administration and Communication Facilitation from the University of South Africa just 9 years after she served as a domestic worker.

As a young girl, she had always dreamed of earning an educational degree. However, she lost both parents while she was young and a lack of resources and development in the rural areas, a poor education system, financial difficulty, and an unplanned pregnancy stalled her progress.

“I grew up on a farm with my grandparents and three siblings, while my parents were in Gauteng trying to make a living. It was a tough environment with no electricity, no water supply, and extremely far from school,” Ntombizodwa narrated.

At the age of 19, Ntombizodwa fell pregnant and had to take care of her new child. At the time, she had completed high school and was in line to proceed to the Tshwane University of Technology in Pretoria, South Africa.

Due to the pregnancy, she had to abandon her university education and pursue efforts that will earn her a living to take care of her new child. She started work as a domestic worker in South Africa in 2007 and in 2018, she got employed by a generous man known as advocate A.J.A Cornelius.

Advocate Cornelius not only offered her employment, but he also took her in as his own daughter. Four years after working with Advocate Cornelius’s family, she had learned to use a computer and Microsoft office, learnt to drive, and she eventually became a receptionist.

With the help of Advocate Cornelius, Ntombizodwa was able to enrol at the University of South Africa (UNISA) to pursue her academic ambition. In 2018, Ntombizodwa finally earned a Bachelor of Arts (BA) in Public Administration and Communication Facilitation.

Sharing her success on social media, she noted that Advocate Cornelius has been very generous to her throughout her journey and referred to him as her father.

“#ImStaying because of my father, Adv A.J.A Cornelius. Our relationship started when I worked for him as a domestic worker and raising his daughter. He informally adopted me as his one of his daughters as well. This platform is not enough to share everything that he has done for me,” she said.

I lost both my parents during my studies. He is the only parent I had on my graduation day. I hope my uncles will understand when I ask them to keep his portion from my ‘lobola’,” she added.