35-year-old African woman becomes a Pilot after 12 years of caring for passengers as a flight waitress, celebrates achievement 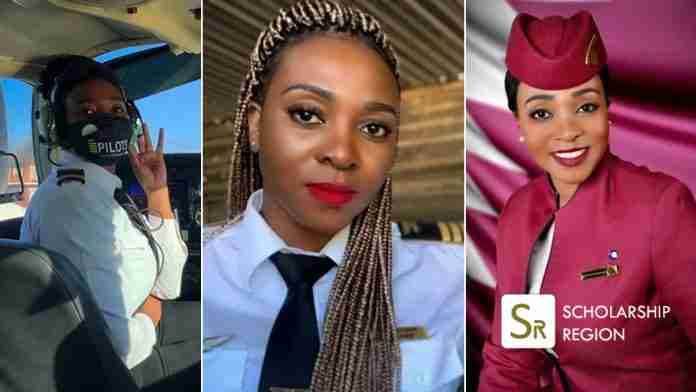 A 35-year-old Zimbabwean woman named Precious Sibalo has finally become a certified pilot after 12 years of caring for passengers as a flight waitress.

Precious had always wanted to become a pilot ever since she participated in a school trip at an airport. According to her, she realized there were no female pilots at that time and it inspired her even more to pursue a male-dominated career.

“… I saw male pilots and never saw a woman there. I said to myself ‘I want to be one of those few women who are pilots,” she said.

However, her dream to become a pilot suffered a lot of setbacks after she was left to be raised by her grandmother. Her mother gave birth to her at the early age of 17 and could not cater for her needs, she left her with her grandmother to look for job in South Africa.

Precious narrated that her mother worked in South Africa as a maid and when she was around 17 years old, she died after an illness. Precious explained further that around the same time that her mother died, she gave birth to a child also at the age of 17, just like her mother.

Encountered with two challenges, grieving her mother’s death and also having to care for a child, Precious struggled her way to ensure her future was not shattered.

Precious moved to South Africa to work as a waitress and a part-time model before moving to Dubai where she also worked as a waitress. After just 3 months in Dubai, she took an opportunity to work at Qatar Airways as a cabin crew member.

Precious noted that she took the opportunity and was able to build a good reputation with her work. “I worked with excellence. When I was there, customers would see potential in me because I was very optimistic, very jovial person because I believe in the power of the mind,” she said.

Working as a flight attendant revived her dream of becoming a pilot.  After about 12 years of working as a cabin crew member, she was about to get promoted to senior cabin member. Instead, she decided to start her studies to become a pilot in 2017.

She explained that with the help of her friends managed to save money to become a pilot and went for it!

With the help of my friends and family I managed to save money to become a pilot and when that was done, I approached Qatar Airways and spoke to them about my dream and they encouraged me and recommended that I go to 43 Air School in South Africa in the Eastern Cape. So, when it was time for me to leave, I told them that I was ready and I went to 43 Air School through their guidance and support which I highly appreciate,” she narrated.

Now, she now holds an Airline Transport Pilot License, the world’s highest level of Aircraft Pilot License from 43 Air School in South Africa. She is currently building her flying hours in order to achieve bigger goals.

“After passing examinations, the school gives you a license and build your experience. It’s time for you to explore the skies. That’s the best because I can take an aircraft and fly on my own and it’s liberating,” she said.