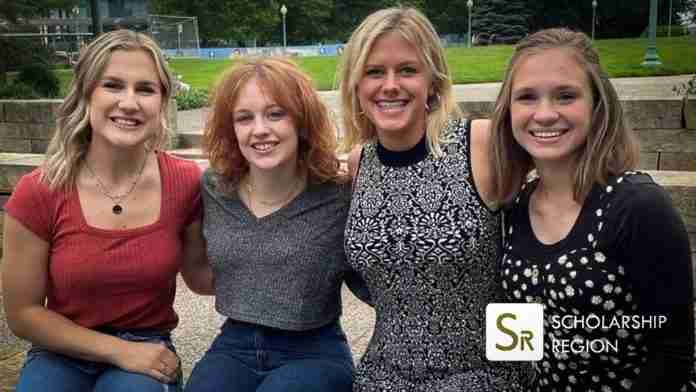 Four (4) young childhood friends who were embattled with various degrees of cancer for the most part of their childhood have celebrated graduating from High School at the age of 18.

The four of them who were kids at the time they are hospitalized met each other while fighting cancer at Akron Children’s Hospital in Ohio, United States. Their bond grew stronger as years pass by.

After losing so many years fighting cancer together, the four later separated to attend different High Schools and at the age of 18, they all graduated together from their various High Schools.

“I felt like I had been through so much and that I’d experienced and learned so much by the time I was 18, high school almost felt so small,” Loudon, who graduated from West Branch High School in Beloit, United States.

She is going to Ohio State University, Columbus, Ohio, United States and plans to become a pediatric sports medicine doctor.

Kerschner who graduated from Ashland High School, Oregon, United States is going to attend Davenport University, Michigan, United States. Her dream is to become a child life specialist in honour of the one who cared for her at Akron Children’s Hospital.

Studying in the United States opens you to extraordinary opportunities that can make you achieve your dream. At Scholarship Region, we keep track of Scholarship opportunities around the world that are ready to fund your education abroad.

Madison who graduated from Crestview High School, Florid United States is going to Ashland University in Ohio to study life sciences and perhaps one day become a science teacher.

Tyjanna Lehman, Madison’s mom, said watching her daughter graduate is bittersweet because she knows there are other parents who won’t get to see this moment.

“No kid should ever have to deal with another child passing away, and unfortunately they all know several,” Tyjanna said.

“It’s almost like I was like carrying the people that couldn’t be there with us with me so they could go through it too,” Madison said.

The four of them admitted that going through cancer while all their colleagues were going to school was not an easy journey. They often had to deal with depression and anxiety.

“I was always jealous of the kids that actually got to go to school when we couldn’t, so it was always nice to meet the kids in the hospital and at camps and to know we weren’t going through things alone,” Magyar who will attend the College of Wooster in Ohio to become a pediatric oncologist, said.

The graduates said they got much of their wisdom from the hospital and not high school, they offered a piece of advice to everyone.

“You should be compassionate in all situations,” Loudon said.

“You need to be understanding, you don’t know people’s stories, if they’re rude to you, maybe they had a bad day,” Lehman said.

“Don’t take any day for granted because you never know when you won’t have the next day so you need to live life to the fullest,” Magyar said.

“You’ll have your true friends obviously for the rest of your life and they’ll love you for whoever you are, whatever you’ve been through,” Kerschner added.