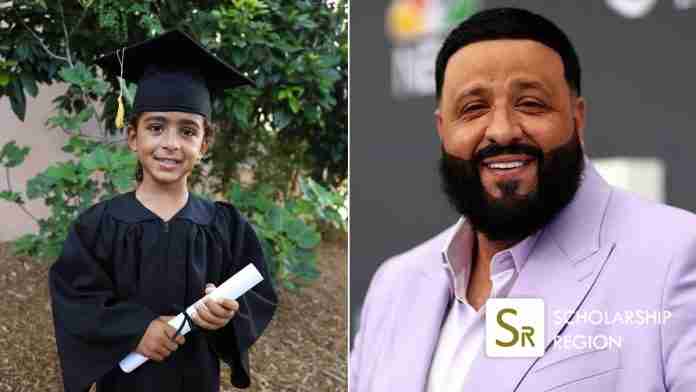 DJ Khaled who posted his son on Instagram expressed his delight to see his son progress in his academics hoping to see him very much successful as an adult. “GOD DID !!!!!!! Let’s go @asahdkhaled !!!! I had post again I’m so proud! Love u so much !!!!! ASAHD,” he wrote.

Ashad who posted on his own personal Instagram account also expressed happiness to have earned his first degree. “I did it!!! First grade here I come,” he said.

In another story, Sire Jackson, the 10-year-old son of 50 Cent on the student of the month award in his High School.

Sire Jackson was awarded the Panther Pride Academic Award in Language Arts. Celebrating his achievement, his father, 50 Cent posted a picture of his son. “my boy getting student of the month,” he wrote on Twitter. Read more about Sire Jackson HERE.