51-year-old man graduates from US university, set out to outshine his 22-year-old colleagues 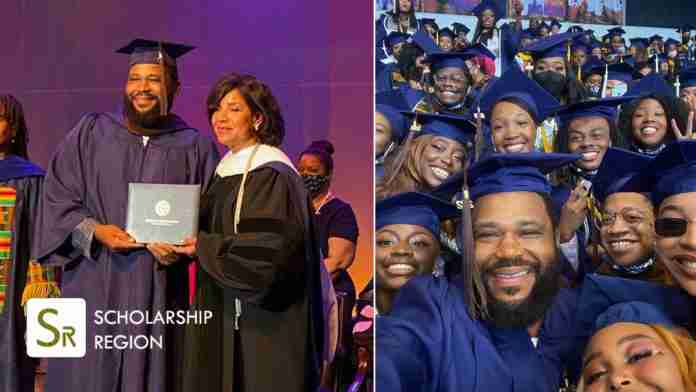 Anthony Anderson earned his Bachelor’s degree in Fine Arts from the institution’s Chadwick A. Boseman College of Fine Arts. Speaking about his achievement, Anthony says he celebrated the milestone with his son, Nathan, and fellow Howard graduates at a club near the university.

Anthony explained that he was slightly nervous on his graduation day as the thoughts of the possibility of some officials stopping him from graduating crosses his mind. “I thought as my name was being called, some school official would come over to me and say, ‘We’re sorry to inform you at this late moment but you’re one credit short, so we’re not going to be able to let you walk across the stage,’ or that I failed my final exam in one of my classes,” he said.

However, those concerns did not come to pass as he graduated with his degree with honours. He was encouraged to pursue a higher degree by his son, Nathan. “My proudest moment is a sense of completion. Finishing what I started almost 35 years ago,” he explains.

“Walking across that stage receiving my degree as my son Nathan watches, who inspired me to return and finish college after he was accepted into Howard University,” Anthony narrated.

Anthony Anderson expressed optimism that he would like to further his education as he is considering going to graduate school in order to receive a master’s degree and eventually teach.

“I would love to teach eventually. Potentially at the collegiate [level] at Howard University. I can already see my name on my office door: ‘Professor Anderson’,” he said.