6-year-old daughter of George Floyd wins full scholarship to US university, set to become a Doctor 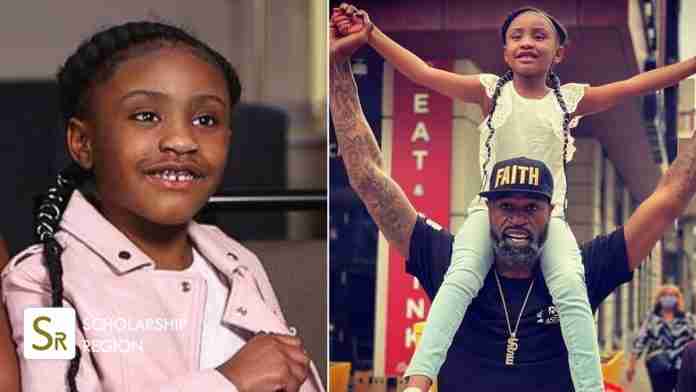 Gianna, the 6-year-old daughter of George Floyd has been awarded a Full ride Scholarship to study at Texas Southern University (TSU) in Houston, United States.

Gianna Floyd and her mother were thrown into a state of mourning after George Floyd was killed as a result of a police officer kneeling on his neck depriving him of the ability to breathe. His death sparked worldwide outrage which led to the BlackLivesMatter movement.

Many across the United States and the world at large commiserated with the families of George Floyd including his wife and their 6-year-old daughter, Gianna. The Texas Southern University (TSU) however, decided to award Gianna a Full Scholarship should she decide to enrol at the school.

The Board of Regents of TSU announced their decision in a press release on their website, stating that they had “approved a fund to provide a full scholarship for Floyd’s beloved daughter, Gianna … if she wishes to attend the University.”

The Board explained that the scholarship award was a way for them to honour the memory of George Floyd and ensure that Gianna has a secure future.

“This Board is committed to education and understands that a college degree is one of many powerful steps toward a productive and successful life,” the Board Chairman, Albert H. Myres, explained in the statement.

Gianna who dreams of becoming a Doctor explained that she wishes to help people holding the inspiration of her father who has helped the world to become better. “I know what I want to be when I grow up. A doctor. So I can help people,” Gianna told GMA.

“The TSU Foundation is proud to provide this privately-funded scholarship to Ms. Floyd. We know the value of an education in the pursuit of solutions and generational progress. We look forward to embracing her into the TSU family,” Gerald Smith, chairman of the TSU Foundation said.