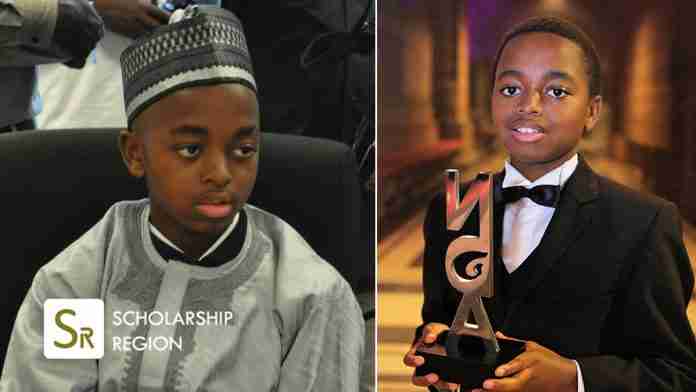 6-year-old Joshua Beckford born to Nigerian parents has set a new record as the youngest person ever accepted into Oxford University in the United Kingdom. Joshua Beckford was accepted to study Philosophy and History in the institution.

Despite having Autism, Joshua Peckford is a genius and one of the most brilliant minds in the world. At 10 months old, his father, Knox Daniel discovered that Joshua is not a typical boy after observing that he had memorized and understood letters on a computer keyboard just by sitting with him.

Marvelled by his great intellectual capacity, his father knew he his son’s brain was too advanced for a standard curriculum. He, therefore, homeschooled him and later wrote to Oxford University to see if he could participate in a philosophy course for bright children between the age of eight and thirteen.

At the time, Joshua was 6 years old but was accepted to study Philosophy and History at the prestigious University of Oxford in England. He became the youngest person admitted to the university and later graduated with distinctions in both courses.

“Since the age of four, I was on my dad’s laptop and it had a body simulator where I would pull out organs. I want to save the earth. I want to change the world and change people’s ideas to doing the right things about earth,” Joshua said.

Studying in the United Kingdom and abroad gives you the opportunity to explore your dreams and passion. At Scholarship Region, we keep track of Scholarship opportunities around the world to inform and remind you whenever it is available.

Joshua excels at science, math, history, foreign languages and history. He dreams of being a neurosurgeon and is well on his way by practising gall bladder removals and appendectomy procedures.

“I want to save the earth. I want to change the world and change peoples’ ideas to doing the right things about earth,” he told HowAfrica.

In other news, an 11-year-old boy from Belgium, Laurent Simons earned a Bachelor’s degree in Physics from the University of Antwerp. He completed a three-year course in a record time of just one year.

At the age of 8, he earned his High School Diploma, completing all the grade level courses in just 1.5 years. Read more about Laurent Simons HERE.