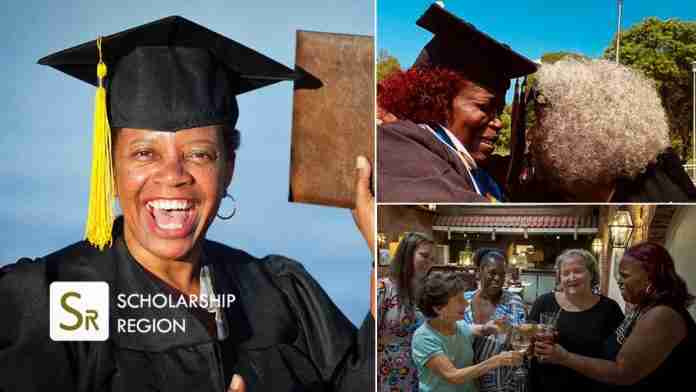 A determined 60-year-old grandmother named Rhonda E. Davis has emerged as the best graduating student of the Cheyney University Of Pennsylvania, United after acing her Bachelor’s degree with an outstanding 3.97-grade point.

The 60-year-old Rhonda made it a priority to go back to school and get her college degree after missing out on attending College due to personal reasons. She set out again at the age of 56 years to achieve her dream.

Not only did she achieve her dream of earning a Bachelor’s degree, she earned two degrees from Cheyney University and also graduated as the institution’s Class of 2019 valedictorian.

Speaking on the challenges she faced in her quest to achieve her dreams, Rhonda E. Davis narrated that after telling her husband that she planned on going to college to earn her degree, he decided to leave her. But the lack of support did not stop the grandmother of 11 from going after what she wanted.

She later won a scholarship through Cheyney University’s Keystone Honors Academy and enrolled in a scholarship to earn two Bachelor’s degrees – one in graphic design and the other in fine arts.

She celebrated her commencement ceremony with her children, grandchildren and mother all in attendance. Speaking on what is next, the 60-year-old scholar said she plans on growing her jewellery box business and creating children’s books

She also said she plans to pursue her Master’s degree in fine arts and hopes that her story inspires others to take charge of their lives.

“Nothing changes, if nothing changes. You have to be the person who initiates that change.” she said during her speech at the graduation ceremony.