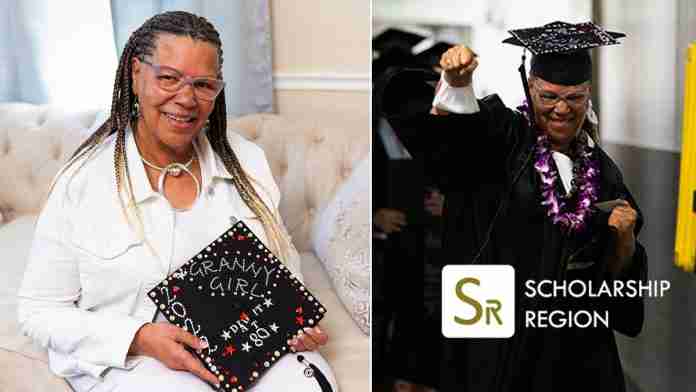 An exceptional 80-year-old woman named Madeline Elizabeth Adams has fulfilled her lifelong dream of earning a Bachelor’s degree during her life since she left school in 1960.

The 80-year-old Madeline Adams graduated with a Bachelor of Science in Multidisciplinary Studies with a specialization in Criminal Justice from the University of Nebraska, Omaha, United States.

She narrated that she started her studies for the Bachelor’s degree at the university in the year 1960 but encountered some challenges that saw her drop out. “I just want to put a period on something I started back in 1960,” she stated.

Madeline Adams, who graduated in May 2022 from the University of Nebraska, also explained why she left school in 1960. She said “Life happened,” explaining that by the time she had three children and career changes that took her away from her immediate environment, retirement age had crept up on her.

She became a source of inspiration and perseverance to her children and great-grandchildren. Instead of sitting idle, her children inspired her to finish what she started so many years ago.

“I was through with school and my children encouraged me in these latter years – these curtain years: ‘Momma, you’re not going to be a couch potato,’” she said.

Madeline Adams took the decision to further her studies despite her age and commuted herself from her home in Galveston, Texas to the University of Nebraska, Omaha throughout her years of study.

She also attended online courses that made it easy for her to build on an associate’s degree that she had earned years earlier to go at her own pace and eventually work toward a bachelor’s in multidisciplinary studies with a specialization in criminal justice.

Madeline Adams says she is happy and glad that she stood her ground to achieve her college degree. “I think I would thank myself that I made a decision and I stuck with it. I started out with the goal to put a period, and the period has been placed,” she said.