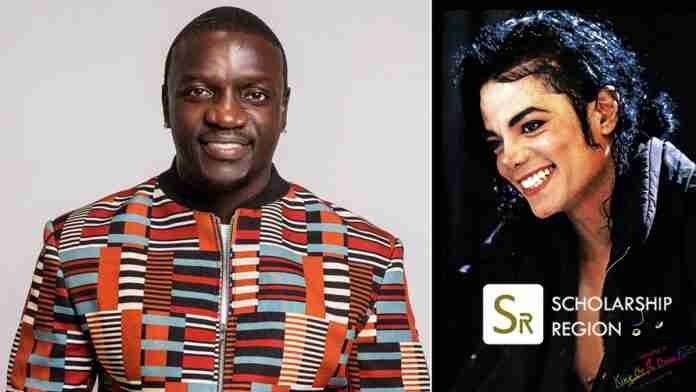 African-American Singer Aliaune Damala Badara popularly known as Akon has decided to open schools in Africa after revealing that he and the late Michael Jackson had planned to carry out the project together.

According to Akon, he and Michael Jackson had big dreams of collaborating in a huge way to bless students in Africa. He described the late Michael Jackson as a very caring person who had a passion for helping African children but could not fulfil some of his wishes before his death.

“Mike was just an amazing person man, I wish people had a chance to understand and really experience the person the way I did,” said Akon during an interview with HipHopDX.

He narrated that Michael Jackson always wanted to help African children achieve success in their life because he never really experienced a childhood himself, having risen to stardom by the young age of eight.

“His biggest thing was always making sure that kids were in a comfortable position to be a kid. Because he never really had a childhood himself,” Akon stated.

“He was a big star as a child. He didn’t get a chance to go to the carnival, go to the movies, eat candy, like things that kids naturally did so when he got older, he surrounded himself with all those kiddish things that he never had a chance to be at,” he added.

Akon who is on track to build a $4 billion tech city known as “Akon City” in his home country – Senegal, revealed that he and Michael Jackson planned to establish music schools for kids to learn how to play instruments, vocal coaching, the music business, entertainment, so they don’t just walk into it not knowing the education of how the business works.

He said he will fulfil the wishes he and Michael Jackson had by creating a university in the Educational District of “Akon City” and will name the school after him.

“Even in Akon City in the educational district the first one will be built in there and I’m naming it after the Michael Jackson Foundation. So I’m gonna be naming it MJ University,” he said.