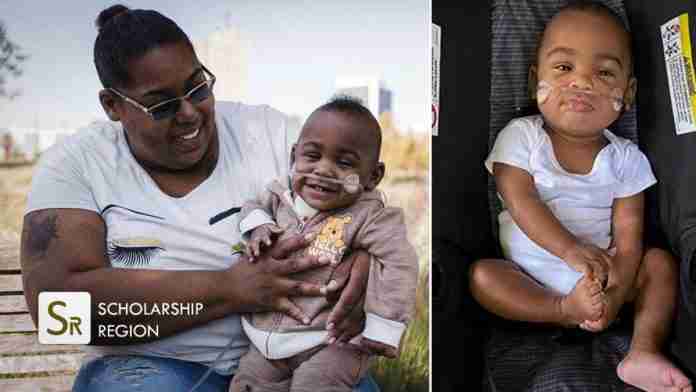 A baby born after just 21 weeks in the womb has won the Guinness World Record for being the World’s Most Premature Infant to Survive.

The baby boy’s mother, Michelle Butler, gave birth to him alongside a twin sister at 21 weeks into her pregnancy. The boy was named Curtis Means while his twin was named C’Asya.

Unfortunately, C’Asya died the following day leaving Curtis to fight his way out of immaturity. Butler told Good Morning America that she recalls praying that one of her newborns would make it through the delivery.

“My prayers have been answered. I gave God my little girl and he let me continue to be the mother to Curtis,” she said.

According to her, when he was first born, he weighed just 15 ounces. He was so delicate, Butler said she had to wait four weeks to hold him. At that time, he could fit in the palm of her hand.

Curtis whom doctors were shocked to see him survive, was cared for in the Regional Neonatal Intensive Care Unit (RNICU) at University of Alabama at Birmingham’s Women and Infants Center, United States, for nine months.

“It definitely was a surprise that a baby at his age was as much of a fighter, or as strong as he was. The truth is no baby has survived at this particular age…there was no data,” Dr. Brian Sims, the attending physician explained.

Curtis had less than a 1% chance of survival at birth, according to doctors, but beat the odds and left the RNICU after 275 days. He got to meet his siblings, ages 14 and 7, for the first time when Butler took him home on Apr. 6, 2020.

After six months, Butler was invited back to the University of Alabama Birmingham’s Women and Infants Center and was presented with the Guinness World Records certificate.

Curtis is now much older and weighs nearly 19 pounds. He’s still on oxygen and a feeding tube but should wean off both in the future, according to Dr Brian Sims.