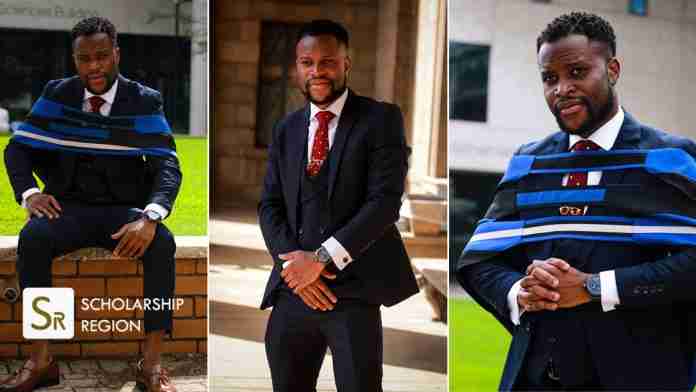 A brilliant South African man, Rivoningo Tervin Maphanga has become a scholar who is capable of solving all mathematical problems after bagging 4 degrees in Mathematics and Physics.

Immediately after his Bachelor’s Degree, Rivoningo Tervin Maphanga proceeded to earn a Master’s degree in Mathematics and subsequently earned a Doctor of Philosophy (PhD) in Mathematics, all at the University of Witwatersand, South Africa.

In another inspiring story, a young brilliant from Ghana, Abdulzeid Yen Anafo earns a PhD in Mathematics at the young age of 25.

He studied his undergraduate program at the University of Development Studies (UDS), Ghana where he graduated at the age of 20 with a Bachelor’s Degree in Pure Mathematics.

He thereafter proceeded to the African Institute for Mathematical Sciences (AIMS) for his Master’s Degree and at the age of 25, he completed his doctorate degree at the University of Mines and Technology.