Brilliant man who spent 10 years in jail becomes a scholar in money-making after being released, makes family proud 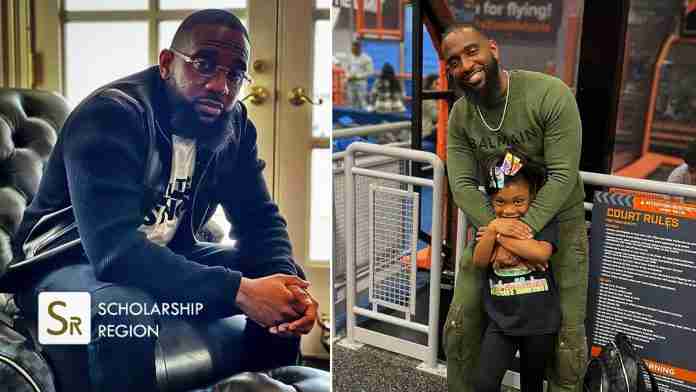 A brilliant American man known as Leon Howard has emerged strong to become a money-making expert after spending 10 years of his life behind bars.

Leon Howard who is a native of New Orleans, Louisiana, United States had a tough time growing up and eventually got imprisoned at the age of 16. He was sentenced to a 10-year jail term.

While in prison, Leon reflected on his life and decided to utilise the rest of his life to make exceptional contributions to the community. He met a fellow prisoner (his cellmate) who had been imprisoned for embezzlement.

Leon’s cellmate opened his scope to how wealthy people earn their wealth through investment and the stock market. He ultimately went ahead to study the concept and was able to understand the full details of how to make money from investments and stocks.

“My former cellmate changed my entire perspective on life. After I  told him how much time I had in prison, he told me his sentence was only 18 months,” Leon told Essence.

Through the course of his time in prison, Leon said he devoured any information he could about wealth-building. “My cellmate said rich people put their money into three places: the stock market, a business and then real estate,” Leon said.

After he was released from prison, Leon got a job as an ironworker. He allotted 70% of his salary for his investment. It eventually grew bigger as he continuously planned his next moves. Today, Leon is a full-time investor and entrepreneur and he teaches others how to achieve the financial freedom he attained.

He established a company known as the Wall Street Trapper where he lecturers and guide people on how to get out from what he described as a trap – meaning “a state or condition of a people being financially trapped, unable to find the path to financial freedom no matter how many jobs or side hustles worked.”

Leon’s achievement after his prison time has brought smiles to the face of his family and now delivers lectures one-on-one lecturers to them  and many others on how to get started on Wall Street, which he describes as “a place where wealth is the norm.”