Brilliant Nigerian Lady earns PhD in Petroleum and Gas Engineering, sets record as the first Doctor in her family 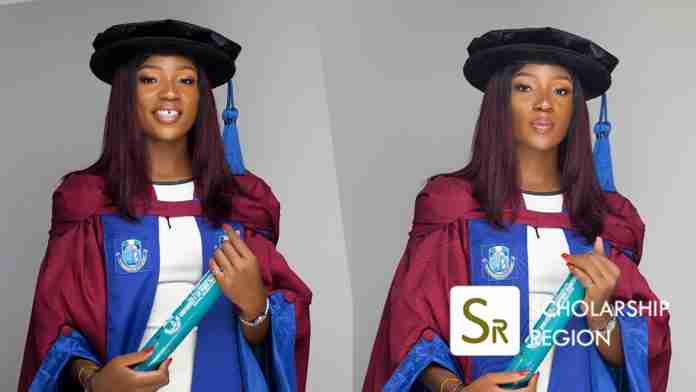 A brilliant Nigerian woman, Dominica Una has set an outstanding record in her family after earning a Doctorate degree in Petroleum and Gas Engineering.

Dominica Una’s achievement makes her the first-ever member of her family to achieve a PhD degree. She started her higher academic journey at the University of Port Harcourt, South-East, Nigeria, earning a Bachelor’s degree in Petroleum and Gas Engineering.

“My father was a #teacher, and my mum was a trader. We had just enough because my mum was very industrious and had many side businesses to sustain a large family like ours,” she narrated.

SR - January 16, 2023 0
The Romania Government, through the Ministry of Foreign Affairs offers Scholarships to foreign citizens to study for Undergraduate, Masters and Doctoral Degrees for the...
Load more

She narrated further that she made the resolve to achieve the peak of academics after being attacked by ants as a kid. “One faithful hot afternoon after school, we went into the bush to gather Palm fruits as usual because it was the season. All of a sudden, I was covered with black ants. I started crying as the ants made their way up to every part of my body,” she narrated.

“After my sisters rescued me, I made a vow that day that my kids would never have to go through what I’ve been through. My decision right there was #education. I immediately and loudly declared, “I must go to #school to the last level.” she explained.

Explaining further, she stated that the easiest part was choosing to go to school while achieving her set goal was not as easy.

“A lot has transpired between then and now. I have failed, been broken, sick, and even lost close relatives (mother, father, brother, and sisters) that left me broken. However, one thing was certain. I was sure I was never going to quit,” she said.

“I was so sure that I wanted to be proud of myself. This certainty came with so many sacrifices. I sacrificed friends, youthful needs, sleep, money, fashion, etc,’ she added.

She expressed happiness that all her efforts later paid off as she is now PhD holder “But in the end, it paid off. In the end, I am my own woman. A woman who does not quit and is resilient enough to sacrifice wants for needs. A woman who knows what she wants,” she said.

“I became the first Doctor of Philosophy in my father’s house today. So please, allow me to re-introduce myself,” she added.