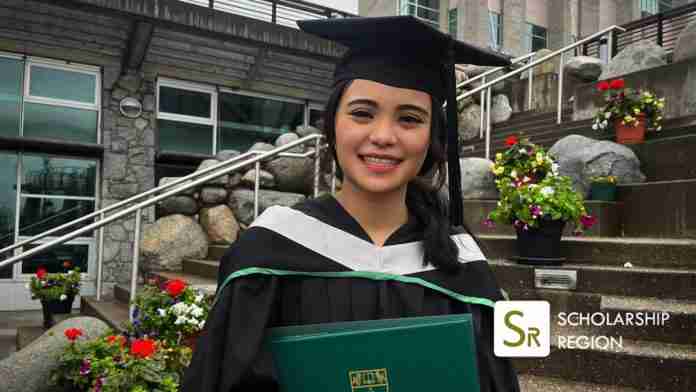 A brilliant Canadian lady by the name Zoe Kore, has beaten her colleagues to win the Governor General’s Silver Medal of the University of Northern British Columbia (UNBC), Prince George, Canada, despite switching her course of study from accounting to health sciences.

Zoe Kore who was born to a Canadian refugee narrated that her father escaped Vietnam during the communist regime. Her mother who was also a refugee escaped Vietnam and was taken to Japan where she lived for two years before eventually making it to Canada.

She however had a big dream of winning the Governor’s award and chased her dream. “It was a very rocky road. I have been dreaming about this since day one of university because I received the bronze medal in high school too, so I knew about it and I really wanted to get it, but it was really hard,” Kore said.

Kore started her educational path at the University of Northern British Columbia (UNBC) in Accounting and Finance. After she began her studies, she got inspired to change her course from business program to health sciences.

According to Kore, she got interested in health sciences during her second year after joining the UNBC JDC West team and partook in some volunteering opportunities for a healthcare foundation.

She however narrated that she got inspired to pursue the medical field by witnessing her dad work as a Registered Nurse (RN) at the University Hospital of Northern British Columbia (UHNBC)’s intensive care unit during the COVID-19 pandemic.

“He’s been a nurse for 34 years and he’s been in the ICU for 24 years so seeing him on the front lines serving, especially during the pandemic, brought a whole new sense of admiration for my dad,” Kore narrated.

After being inspired, Kore switched her course of study immediately to Health sciences with a major in Biomedical Studies and a minor in General Business.

She went on to beat her colleagues to win the Governor General’s Silver Medal, an award which specifically recognizes outstanding academic achievement at the undergraduate level.

Kore was grateful to her parents who she said pushed her education and were a huge support system for her during her academic pursuits.

She has now graduated with a Bachelor of Health Sciences degree with a major in Biomedical Studies and a minor in General Business. Kore will be attending the Vancouver Fraser Medical Program at UBC beginning in August 2022, with the goal of becoming a physician.