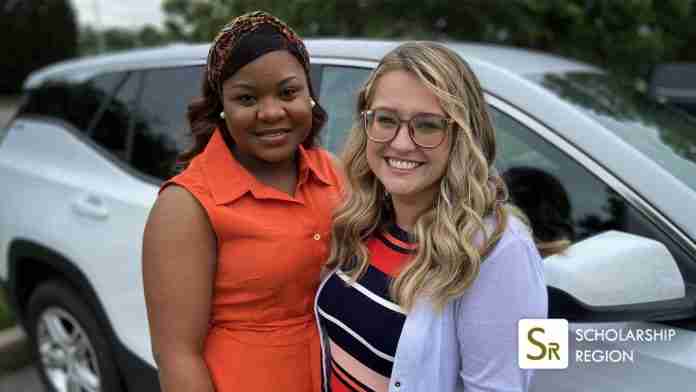 The two of them travelled together from Chattanooga to Nashville at the end of their full-time work shifts three nights in a week for four years to earn their law degrees.

Narrating how they both ended up together, Sarah Hay said she stalked Ariel Catus during their orientation to get her to become her travel partner noting that she could have not graduated if she had to move 60,000 miles alone.

“I stalked her [at orientation]. I spent the whole first half, like hunting her down. And when I found her she was terrified. Because she was like, ‘I don’t know what this girl wants.’ But I told her she had to carpool with me because I would never make it without her and there’s no way that I could have,” Sarah said.

Within a short period of time, they both became fast friends and a carpool that they both credit with getting them through a rigorous four years of night classes at the Nashville School of Law in Tennessee USA.

Hay and Catus were able to merge both schoolings as Law students in Nashville and working as full-time workers at Chattanooga, driving to and fro the cities to accumulate a total of 60,000 miles of travel within the four years of study.

At Scholarship Region, we keep track of Scholarship opportunities around the world to allow you to study and experience abroad for free.

Narrating how they coped with each other throughout their years of study, Catus said there are times when they both won’t feel like travelling but will encourage one another when the needs arises.

“There’s times where I didn’t want to come where she didn’t want to come. She was living the same thing that I was so us just talking and getting our feelings out and encouraging each other when the other one would need it was the best,” Catus said.

The pair joined the same study group, took all the same classes and even sat together as Hay has hearing loss.

All in all, the pair encourages others who say earning a degree is too hard during a certain season of their life to remember anything is possible, especially if you have a friend.

Following their graduation, the pair are dreaming up a law firm that they hope to open together.