Determined young man resigns as an Engineer to pursue his childhood dream of becoming a pilot, achieves success 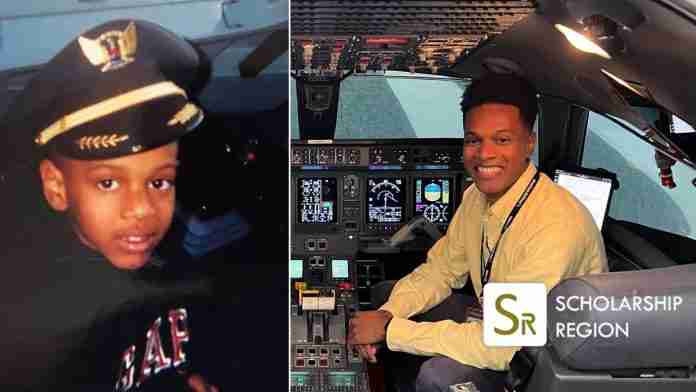 A brilliant and determined man from Delaware named Mark White has celebrated achieving his childhood dream of becoming a pilot after many years of earning degrees as an Engineer.

Mark White shared a photograph of himself while he was young sitting in an Aircraft. While growing up, his educational journey took him to the Engineering field and not in the direction of becoming a pilot.

After earning his second Bachelor’s degree, Mark White proceeded to earn a Master’s degree in Mechanical Engineering from the Georgia Institute of Technology in Atlanta, Georgia. Mark thereafter worked as an Engineer with General Electic before deciding to resign to pursue his dream.

Mark White who has finally become a pilot narrated that he took a leap of faith in July when he left his job as an engineer to pursue something he truly fell in love with over the years.

” I took a leap of faith in July and left my job as an engineer to pursue something I truly fell in love with over the years, flying,” Mark said. “These past 3 months of Airline training have been the perfect balance between challenge and reward. It is a wonderful thing to find something that you enjoy doing and have it be called ‘work.’ I have wanted this life for so long and it’s finally here.”

Mark White narrated that he had always wanted to become a Pilot since he was 4 years old. He said: “Today I officially became an airline pilot! This is the culmination of a dream that little 4 year old Mark had and never let go.”

“I’m really at a loss for words and can’t help but reflect on this aviation journey; from my first lesson in 2019 until now, I am amazed by how much I have grown and learned as an aviator.”

“My support system is strong, and through them I have leveraged the skills, motivation, and discipline required to get here today,” he added.

He revealed that he is now licensed to fly the the Embraer 145 for Piedmont Airlines. “Next time you’re on an American Eagle connection flight, take a look inside the flight deck; I might be flying you to your destination,” he said.

He thanked his parent and everyone who has contributed to his success. “I have my parents to thank, instructors, friends, mentors, students, and other colleagues in aviation from whom I have gained so much,” he said.