Exceptional 11-year-old boy beats Bill Gates in IQ test, becomes one of the smartest persons in the world 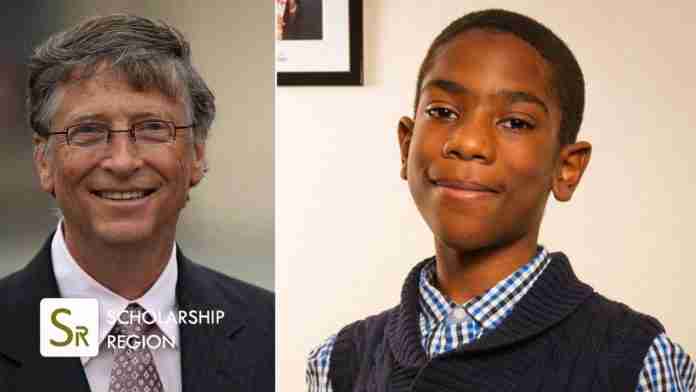 Ramarni Wilfredm who is now placed as one of the top 1% smartest people in the United Kingdom started showing signs that he was a genius as a toddler. According to his mother, Anthea, he could read and write by the time he started pre-school, and his favourite book to read was an encyclopedia.

At the age of 10, Ramarni wrote a philosophy paper on fairness that earned him an honorary award from the prestigious Oxford University in the United Kingdom.

“By the time he was three he could read and write and from 18 months we discussed the news and his favorite book was an encyclopedia,” his mother Anthea, said.

His exceptional brilliance caught the attention of Mensa, the largest society for high IQ’s in the world. Mensa is an organization of intelligent persons across the world. To qualify for Mensa membership, applicants must take an approved intelligence test and score at or above the 98th percentile.

The IQ test consisted of a number of tasks that determine various measures of intelligence including short-term memory, analytical thinking, mathematical ability and spatial recognition.

At the time Bill Gates took the IQ test, he scored 160. However, Ramarni scored 162 when put to take the test at the age of 11.

[] We share a lot of opportunities in our WhatsApp group, join the group using THIS LINK to explore these opportunities.

[] Several scholarship opportunities are ongoing in Europe, USA, UK and Canada to explore. Here are some ongoing scholarships you should check out;

Speaking about his brilliance 5 years after he joined Mensa, Ramarni said he gained his intelligence out of having a desire to understand everything he comes across.

It’s probably a place of me not knowing something, and from that ignorance having a desire to understand it, to know it. It’s about finding… what you want to learn about,” he told BBC.

Scholarship Region earlier reported about an exceptional 2-year-old girl from the United States, Kashe Quest, who scored a 142 in the Mensa IQ test.

Kashe, now 4, joined the organization in 2021 with an IQ grade of 146. Mensa is an organization of intelligent persons across the world. To qualify for Mensa membership, applicants must take an approved intelligence test and score at or above the 98th percentile.

Kashe Quest became the youngest American to join the organization. Read more about her HERE.