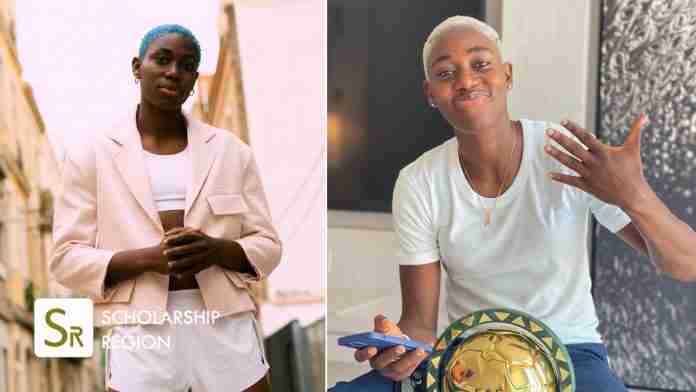 Nigerian Footballer, Asisat Oshoala has today October 9 celebrated her 28th birthday marking an outstanding successful life since she was born in 1994.

Asisat emerged as the best-ever women footballer in Africa after winning the Confederation of Africa Football (CAF) best women player of the year award for a record 5th time. She overtook Nigeria’s Perpetua Nkwocha who has claimed the accolade on four occasions.

She also became the first-ever African woman to be nominated for the World Women’s Ballon d’Or player of the year award after putting up an outstanding performance both in the Nigerian team and in Barcelona.

In 2014, Asisat was honoured by the Government of Nigeria with one of the country’s highest honours, Member of the Order of the Niger (MON), after emerging the Golden Shoe and Golden Ball winner at the U-20 Women’s World Cup.

Celebrating her 28th birthday, Asisat posted a short tweet saying “Alhamdulillah (Praise be to Allah)”. Many well-wishers including Nigerians and her Barcelona family sent her a congratulatory message on her achievement at 28.

She beats American Keni Harrison‘s world record of 12.20s after finishing the 100m hurdle race in 12.12 seconds during the semi-finals and went ahead to set a new outstanding record in Finals which she finished in just 12.06 seconds, making her the best in the world.

Following her achievement, the Government of Nigeria honoured her with he Officer of the Order of the Niger (OON) award.