Exceptional university student earns $5.7bn from his Masters degree research, emerges as one of the richest persons in the world 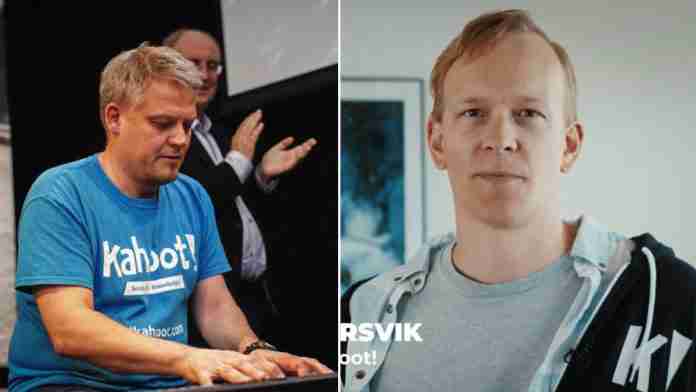 An exceptional Master’s Degree student of the Norwegian University of Science and Technology (NTNU) has combined his brilliance with that of his Professor to develop an idea that resulted in a $5.7billion company.

The student by name Morten Versvik enrolled for a Master’s Degree in Computer Science at the Norwegian University of Science and Technology (NTNU) in Norway and was supervised by Professor Alf Inge Wang at the time.

Being an aspiring entrepreneur, Morten Versvik saw his study in the university as an opportunity to develop a technology that would revolutionize learning for students around the globe.

“We wanted to bring out the full learning potential of all learners no matter the age, subject or context,” Versvik told CNBC in 2021.

Together with his Computer Science Professor, they developed an application known as Kahoot, a game-based learning platform that engages students around the world.

They had started working together on the game in 2006. A few years after they started working on the Master’s project, the application was launched in 2013 and has since grown to become a $5.7bn worth company.

The establishment of the company which launched officially in 2013 was a result of a Master’s Degree research carried out by Morten Versvik, Johan Brand, Jamie Brooker and Professor Alf Inge Wang at the Norwegian University of Science and Technology (NTNU).

Carrying out extraordinary research is one of the strengths of enrolling to study in universities. At Scholarship Region, we keep track of Scholarship opportunities that can aid and fund your study abroad.

The Kahoot application works with “Kahoots” – multiple-choice quizzes that are created by a host, usually a teacher or presenter. According to Wikipedia, the application has 50 million active monthly users as of 2017.

“The idea behind it was to bring engagement and competitiveness to all students — especially those who were at the back of the class,” said Versvik.