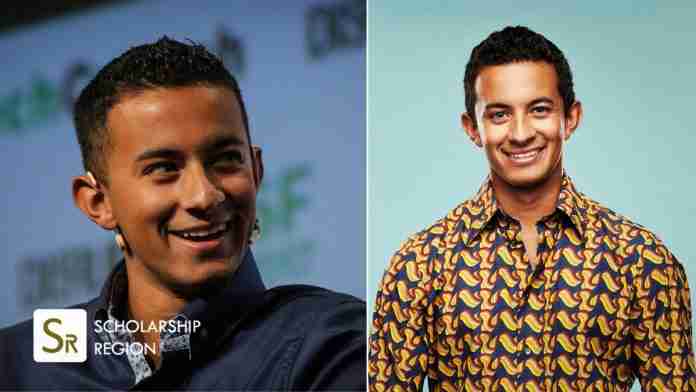 A young and brilliant student of the University of Waterloo, Ontario, Canada named Alex Rodrigues dropped out of the university at the age of 20 to focus on his robotics business which started out as a joke but has now become a $4 billion company.

Alex Rodrigues, who is now one of the youngest CEOs in the world, started building robots at a very young age, his first working robot which he built in his seventh grade while still a junior high school student in Calgary, Alberta was achieved at the age of 11.

In 2009, he won a world robotics championship by assembling the 3-foot-tall robot and programming it to complete a very Canadian task: “Put hockey pucks into a bin in the middle of a field.”

As university students in Ontario, Canada, Rodrigues and his two friends, started by building a self-driving golf cart in his parents’ garage in Calgary.

CNBC reported that Rodrigues described it then to be an outlandish idea and that he joked that their futures could lie at Y Combinator, the famed Silicon Valley tech incubator. The group of friends all laughed, Rodrigues recalls.

However, after building the robot successfully, they could not immediately know if their business idea for self-driving vehicles would work out and had to make a tough decision of either staying in university or dropping out to start a company from its scratch.

Alex Rodrigues and his friends decided to drop out from the University of Waterloo, Ontario, Canada to start what is not known as Embark Trucks and six years after making the decision, the company is now valued at more than $4 billion.

Narrating how they were able to start off the business, Rodrigues recalled that they started with $10,000 of financial assistance from their parents and a $25,000 entrepreneurship prize won after entering their golf cart into the University of Waterloo’s early-stage start-up pitch competition.

They celebrated their $25,000 win by driving the school’s president around campus, in what the university described as one of Canada’s first self-driving voyages.

The idea thereafter kicked off and Rodrigues expressed that he and his friends had no regret dropping out of the University of Waterloo to put their full-time focus on developing their company.

“We basically said to ourselves: This is an amazing opportunity, this technology is incredibly cool. And if we wait three years to graduate, the moment will be passed,” Rodrigues told CNBC.