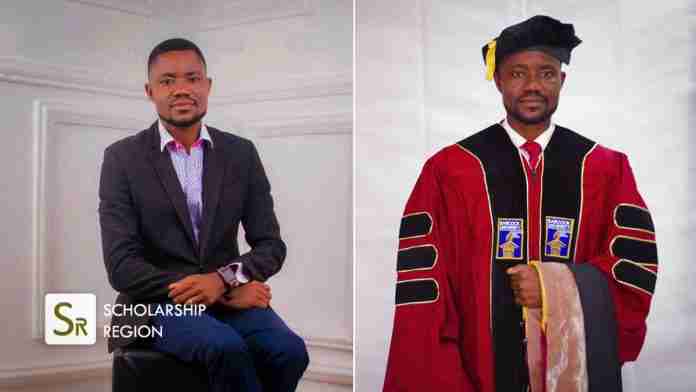 A brilliant Nigerian man named Kolawole Babatayo, who lost his mother while she was struggling to sponsor his education has achieved extraordinary success after earning a Doctorate degree in Accounting.

Kolawole Babatayo who celebrated his success on LinkedIn dedicated his success to his mother who he said sold her clothes to get money for his education. “I remembered how you were forced to trade off your clothes when you were unable to pay back the loan you took to pay my WAEC fee in the year 1997,” Babatayo narrated about his mother.

According to Babatayo, he had promised his mother that he would strive to get to the peak of his educational journey. He enrolled for a Diploma degree before gaining admission into the University of Lagos, South-West, Nigeria where he earned a Bachelor’s Degree in Accounting.

He continued his academic drive at the University of Lagos, Nigeria and earned a Master’s Degree with Distinction also in Accounting. Determined to reach the peak of academics, Babatayo proceeded to Babcock University, South-West, Nigeria.

At Babcock University, he furthered by earning a Master of Philosophy in Accounting and thereafter bagged a PhD degree, certifying him as a Doctor of Science in Accounting.

Babatayo expressed happiness that he has been able to fulfil the promise he made to his late mother. ” I did promise you that I would strive to get to the summit of my educational journey. The promise, by the GRACE OF GOD has been fulfilled today,” he said.

“Your SON has now been officially hooded and conferred with a Doctorate Degree in Accounting. Unfortunately, the cold hand of death didn’t allow you to witness this day,” he added.

He thanked and prayed for his late mother to rest in peace as he continues to make her proud with his achievements.