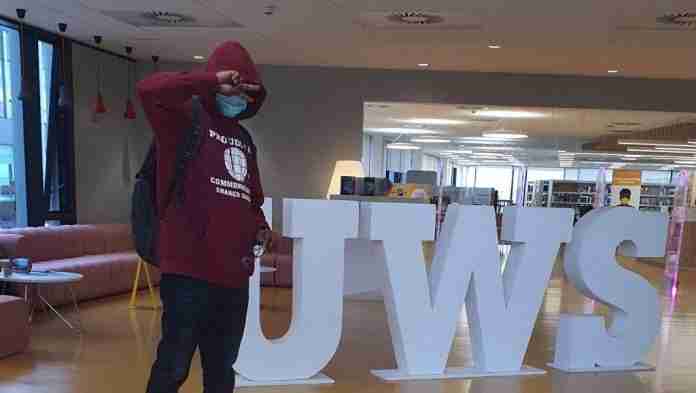 A young Nigerian microbiologist, Chibuzor Nwokafor, has won the prestigious UK Commonwealth Shared Scholarship to study in the University of the West of Scotland (UWS) after a tremendous 67th scholarship application in three years.

Chibuzor Nwokafor, a graduate of the Michael Okpara’​ University of Agriculture Umudike in Nigeria completed his Bachelor’s Degree in Microbiology in the year 2017 and ever since then, he has been applying for several scholarships to further his education.

Narrating his success story, Chibuzor took to his LinkedIn handle to announce his amazing success which will now see him study at the University of the West of Scotland (UWS) all the way from Nigeria for a Masters Degree in Biotechnology (M.Sc Biotechnology).

He said: “I applied to over 67 scholarships for the past 3 years. Got rejected in 63, was in reserve list in 3 and was finally nominated in one. Like my Daddy said, My One Yes was totally worth it. I will have to explain and give further details in subsequent posts.”

As regards the Scholarship he won, he explained that he school had 7 slots and that he was the 11th person on the recommended list but could not explain how he got selected.

“My school had 7 slots and I was the 11th person nominated. How it happened, I don’t know. What I know is that God did it.,” he said.

Chibuzor thanked everyone that contributed to his success journey and thanked God for making the success possibly. Best of luck, Chibuzor Nwokafor!