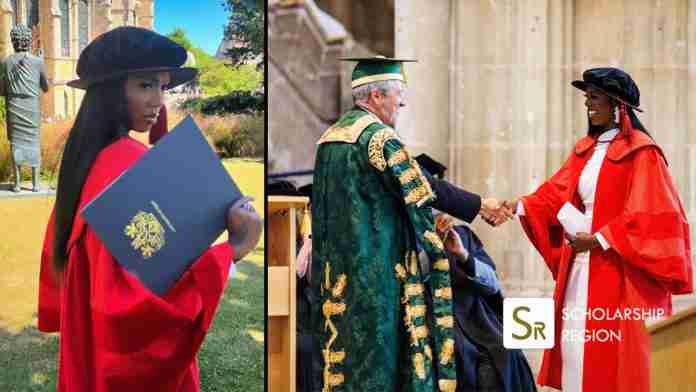 Nigerian music icon, Tiwatope Savage has bagged an honourary PhD Degree from the University of Kent, United Kingdom many years after graduating from the institution with a Bachelor’s Degree in Accounting.

Tiwa Savage popular known as Tiwa Savage was born in Nigeria but relocated to the United Kingdom at the age of 11 for her secondary school education. While attending secondary school in the UK, she joined the musical team and discovered her passion.

Five after moving to the UK, she began her journey to becoming a musician. During this period, she attended the University of Kent, Canterbury, England where she bagged a Bachelor’s Degree in Accounting.

Ever since then, she has achieved several feats in the Nigerian music industry as well as on the world stage. In 2014, her album was nominated as the best album of the year in Nigeria and was also nominated for Best R&B/Pop Album at The Headies.

In recognition of her mark, her alma mater, the University of Kent honoured her with an honorary Doctorate degree. “We’re super proud to have awarded the Queen of Afrobeats an honorary doctorate at Canterbury Cathedral this morning,” the university wrote on July 15, 2022, through their official Twitter handle.

Tiwa Savage was awarded a Doctor of Music degree.

“Tiwa studied Business at Kent before she embarked on her incredible career – a reminder to all our graduates today to reach for the stars,” the university added.

In another story, the best women footballer in Africa, Asisiat Oshoala clocked 28 on the 9th of October 2022.

Asisat emerged as the best-ever women footballer in Africa after winning the Confederation of Africa Football (CAF) best women player of the year award for a record 5th time. She overtook Nigeria’s Perpetua Nkwocha who has claimed the accolade on four occasions. Read more about Asisiat Oshoala HERE.