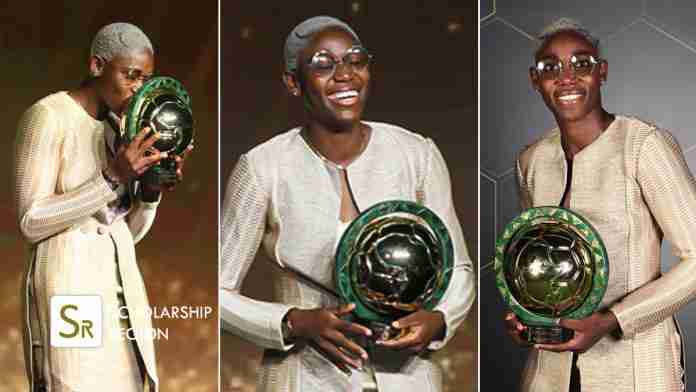 Nigerian striker, Asisat Oshoala, has become the best-ever women player in Africa after winning the Confederation of Africa Football (CAF) best women player of the year award for a record 5th time.

She becomes the first-ever African to be named Africa’s best women player of the year for a record five times, overtaking Nigeria’s Perpetua Nkwocha who has claimed the accolade on four occasions.

Oshoala was brilliant for Barcelona last season helping her side to a flawless league triumph and despite battling some injuries, she beats other players in Liga Femeni to emerge the highest goal scorer in the league with 24 goals.

She is the first African to attain such a feat in Spain.

Several other players across Africa won various awards in the most recent CAF award ceremony which was held in Rabat, Morocco. Senegal and Bayern Munich striker, Sadio Mane won the best men player of the year award.