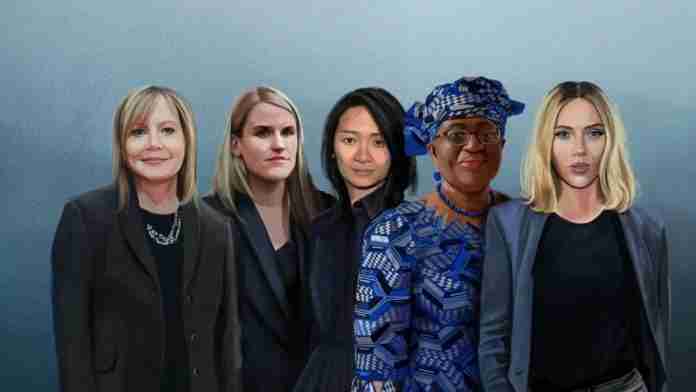 Financial Times (FT), a United Kingdom (UK) based print media has named Nigeria’s former Minister of Finance, now the Director General of World Trade Organization, Dr. Ngozi Okonjo-Iweala has one of the 25 most influential women in 2021.

The Financial Times (FT) celebrates the achievement and influence of women across the world every year. According to FT, this year’s was expanded to allow some of the most influential women in the world to write the entries.

In a combination of names of the most influential women in the world written by Christine Lagarde (President of European Central Bank), Jane Fraser (CEO of Citigroup), Elizabeth Warren (Member of the United States Senate), Billie Jean King, Malala and Greta Thunberg, Dr. Ngozi Okonjo-Iweala tops the list of 25 women listed as the most influential in 2021.

She was mentioned by Christine Lagarde, the President of the European Central Bank as a fierce and talented women who rose through the ranks to be appointed to the helm of the WTO in March, 2021.

According to Christine Lagarde, she has known Ngozi Okonjo0Iweala since 2005 and have seen her work tirelessly as a seasoned negotiator and crisis manager.

“Her 25 years at the World Bank demonstrated her resolve, including her handling of the food and financial crisis of 2008-09 and her determination to recover stolen assets.”

“She has shattered glass ceilings with her complete competence, absolute integrity and good humour, becoming the first female finance minister and foreign minister in Nigeria, where she implemented tough reforms to enhance the transparency of the country’s public finances, and is the first woman and first African to lead the WTO.”