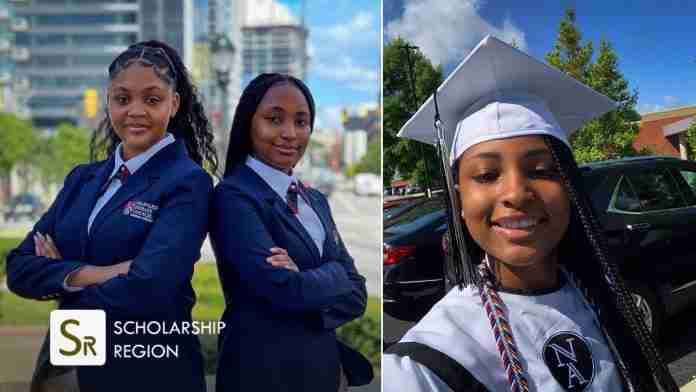 Two young and brilliant girls have set the record of being the first black female duo to win Harvard University’s debate after beating 100 other contestants from around the world in 2021.

The girls namely Emani Stanton and Jayla Jackson were widely celebrated for the extraordinary feat they achieved during their studentship at their various high schools.

Emani Stanton was a student of the North Atlanta High School, Atlanta, Georgia while Jayla Jackson is a student of Holy Innocents’ Episcopal School, Sandy Springs Georgia. They both performed as a team at the Harvard University debate.

Their win saw them go undefeated for all 10 rounds of the competition to break the record of emerging as the first black duo to win the competition. “The bar has been raised, and that’s a good thing for people and for girls of color all around the world. It is still mind-blowing for us. We went in there, and we did it.,” Jackson told NBC.

The Harvard Debate Council Diversity Project (HDCDP) celebrated them through their Instagram handle, noting that they have shown the world what’s possible when the playing field is leveled.

“We did it AGAIN! Our 4th consecutive championship win was brought home to Atlanta by Jayla & Emani with an #UNDEFEATED record as they became the FIRST EVER Black girl duo to win Harvard’s international debate competition against over one hundred debaters from around the world. They have shown the world what’s possible when the playing field is leveled!” HDCDP wrote on Instagram.

One of the two young girls, Emani Stanton, has graduated from the North Atlanta High School, Georgia with the class of 2022. She graduated having won the Gates Scholarships and joined the Massachusetts Institute of Technology (MIT), Cambridge, United States to study Computer Science.

Jayla Jackson on the other hand was named among the Teen Vogue Top 21 Under 21 and will graduate from Holy Innocents’ Episcopal School with High School Diploma in Social Sciences in 2023.