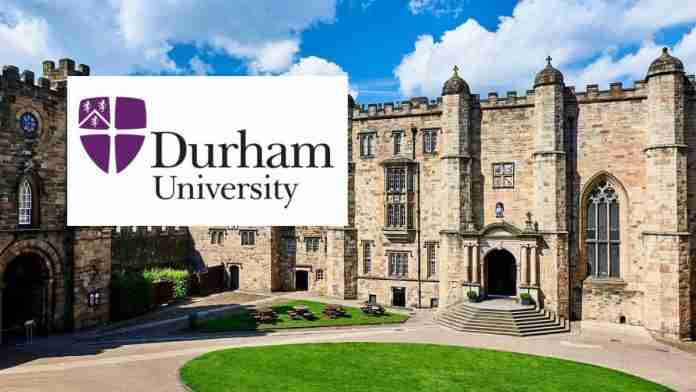 The 2022 Durham University Global Fellowship is now open for interested and eligible applicants willing to study in the United Kingdom.

The Durham University Global Fellowship commands an annual salary of £53,333 per year, in addition to a maximum £1,250 per month living stipend, and a one-off payment of £1,800 for travel and expenses.

The successful applicants will be employed by Durham University for the period of the Fellowship and will spend time on placement in the Reuters newsroom in London, or with another suitable partner selected by Reuters.

Several other scholarships in the United States, Germany, United Kingdom, and Canada offer full scholarships and monthly allowances. Here are some suggestions you should check out;

The Fellowship provides an unrivalled opportunity for an exceptional early career journalist: a six to nine month Fellowship with Durham University which will include undertaking an investigative project from inside the Reuters newsroom in London, mentored by top Reuters editors in the field while being overseen by Durham University and having access to University academics and research resources.

This Fellowship is designed to give the applicant the chance to develop rigorous, fact-based research and reporting skills.

The Fellowship was created in honour of Sir Harry Evans, one of the pioneers of modern investigative journalism.

The award winning work he spearheaded as editor of The Northern Echo, The Sunday Times and The Times – from his celebrated campaign to obtain compensation for Thalidomide children, to exposing the cover-up of Soviet spy Kim Philby and unmasking corporate deception at the heart of the DC-10 Paris air crash in 1974 – made him the gold standard of courageous public interest journalism. He was voted by his media peers as the Greatest British Newspaper Editor of all time.

To be considered for the fellowship, you must satisfy the following:

SR - November 23, 2022 0
University of Geneva Excellence Masters Scholarship - The Faculty of Science of the University of...

Click on the button below to commence your application.