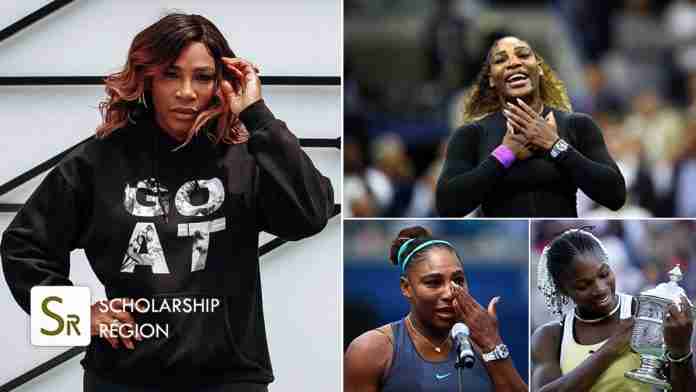 World Tennis Champion, Serena Willaims has retired from active Tennis competition after bowing out of the 2022 US Open following a defeat to Australia’s Ajla Tomljanovic in a 7-5, 6-7 (4/7) 6-1 match which lasted for more than three hours.

Serena Williams, now 40 years old, holds the highest number of Grand Slams titles in the world. She won her first Grand Slam title at the age of 17 and has since then won a total of 23 in the span of her 27-year career as an active Tennis player.

In an emotional farewell message at the 2022 US Open, Serena Williams described her journey ever she became professional in 1995 as a fun ride. “It’s been a fun ride. It’s been the most incredible ride and journey I’ve ever been on, I mean, in my life,” Williams said.

Serena Williams in a tears-filled interview thanked her parents who coached her and her sister, saying she was very grateful to them because they started everything. She also credited her older sister, Venus Williams, for her success.

“I wouldn’t be Serena if there wasn’t Venus. She’s the only reason Serena Williams ever existed,” she said.

Although Williams has not officially and definitively announced her retirement, she did say in a Vogue magazine essay last month that she would “evolve” away from tennis after the US Open.

In August 2022, she announced her retirement from the Canadian Open after losing to Switzerland’s Belinda Bencic in straight sets. She received a standing ovation to honour her contributions to World Tennis.

“It’s just been so memorable,” Serena told the crowd after the game. “As I said in the article, I’m terrible at goodbyes. But goodbye, Toronto,” she added.

[] At Scholarship Region, we keep track of Scholarship opportunities around the world that can help you achieve your study dreams so as to inform and remind you whenever they are available. We share a lot of opportunities in our WhatsApp group, join the group using THIS LINK to explore these opportunities.

Serena’s opponent at the 2022 US Open, Tomljanović said she feels sorry for her after the loss as she was a big fan of Serena and it was not easy for her to watch as tears rolled down Williams’ cheeks.

“What she’s done for me, for the sport of tennis, is incredible,” she said in her interview on court. “I never thought that I’d have a chance to play her in her last match when I remember watching her as a kid in all those finals, so this is a surreal moment for me.”

Serena Williams on the other hand said that she was excited by the prospect of her life after tennis. “I’m ready to, like, be a mom, explore a different version of Serena. Technically in the world I’m still super young, so I want to have a little bit of a life while I’m still walking,” she said.

The United States’ former President, Barack Obama saluted the amazing career of Serena Williams. In a tweet on Friday, he described the World Tennis Champion as one of the greatest athletes of all time.

“Congrats on amazing career, @SerenaWilliams! How lucky were we to be able to watch a young girl from Compton grow up to become one of the greatest athletes of all time,” Obama tweeted.

What a ride it’s been.

The World record golfer, Tiger Woods also sent Williams a congratulatory message describing her as the person that inspires many to pursue their dreams. “@serenawilliams you’re literally the greatest on and off the court. Thank you for inspiring all of us to pursue our dreams. I love you little sis,” Woods tweeted.

Check out the records of Serena Williams in the image below: 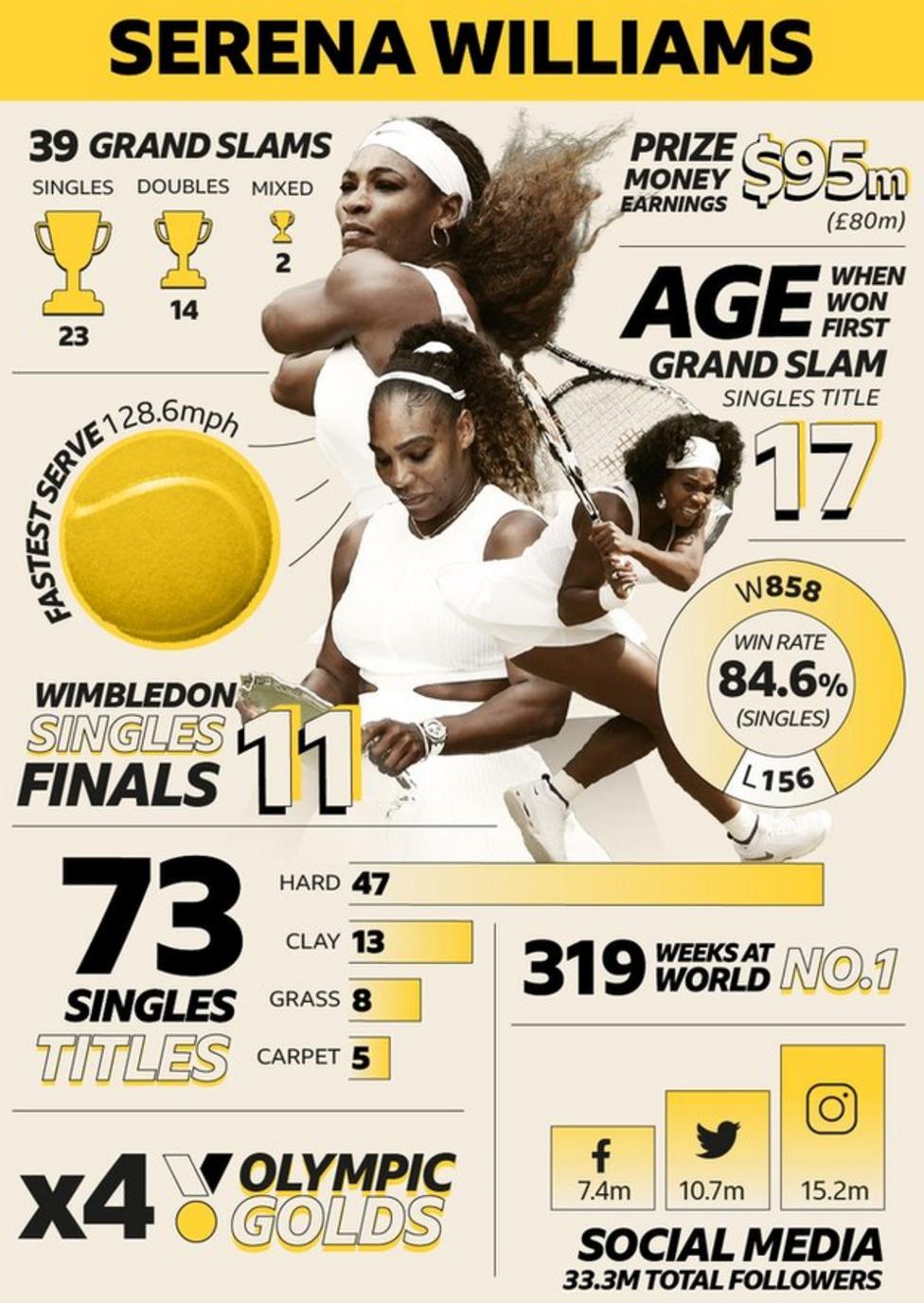