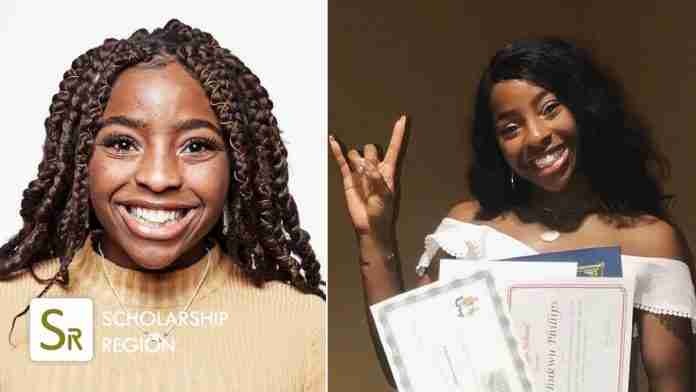 An exceptional African-American girl who hails from Nigeria, Tobechukwu Tobi Phillips has graduated from Alvin High School in Texas, United States as the first-ever black valedictorian in the school’s 125-year history.

Tobechukwu Tobi Phillips broke the school’s record after securing an outstanding 6.9 cumulative GPA on a 4.0 scale, placing her at the top of the class. She is one of the only 86 black students out of the school’s 2,800 students.

Tobechukwu who earned A’s in all her courses throughout her 4-year study explained that maintaining her position at the top of the class was not easy.

“Maintaining the highest GPA in my class is a difficult task. It truly takes time management but more importantly acknowledging what you do it for. I know that I am no longer just representing myself,” she said.

In addition to her exceptional academic track record, Tobechukwu plays volleyball, runs track and is a Sunday School teacher at her church. She’s also a member of the Rho Kappa Honor Society, the president of the National Honor Society and an AP ambassador.

She is one of the 16 students selected from 4,000 applicants to receive a Full-Ride Forty Acre Scholarship to attend the University of Texas at Austin, United States.

Studying in the United States gives you the opportunity to achieve your dreams. At Scholarship Region, we keep track of Scholarship opportunities around the world that can sponsor your education so as to inform you whenever they are available.

“Do not be discouraged when someone speaks out against you, simply allow what they say to fuel your fire. But more than anything, do not remain tight-lipped. Stand up for what you believe in and take it upon yourself to be the change you’ve always wanted. Say ‘No’ to the ways of the world and stick out,” Tobechukwu added.

With a Full Scholarship, Tobechukwu will be attending the Nursing School of the University of Texas (UT). She plans to one day own her own her clinic as a pediatric nurse practitioner.